If Jadhav Is Executed, Recognise Balochistan As A Separate Country, Says Subramanian Swamy 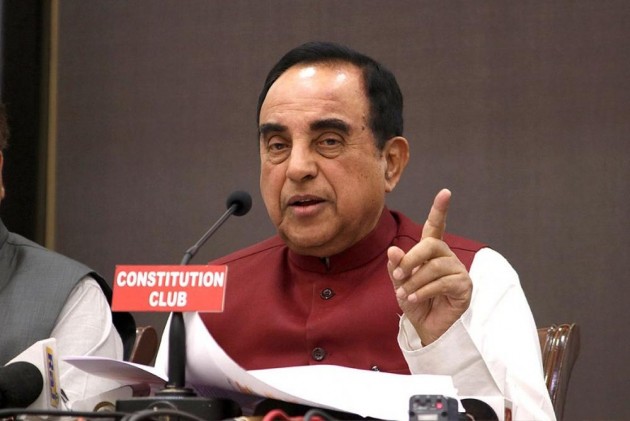 Print
A
A
A
increase text size
Outlook April 12, 2017 09:54 IST If Jadhav Is Executed, Recognise Balochistan As A Separate Country, Says Subramanian Swamy

Jadhav, a former India naval officer, was awarded the death sentence by a Pakistani military court after he was declared a "spy" in that country.

"If Pak hangs Jadhav then India must recognise Balochistan as an independent country," he said in a tweet.

Speaking to reporters outside the Parliament, Swamy said it was useless to ask for consular access for Jadhav.

Noting that Pakistan targeted Jadhav after claiming he was creating problem in Blochistan, the MP said, "We must threaten Pakistan that if anything happens to Jadhav...We will consider Balochistan as independent nation and call Baloch representatives and ask them to form a government in exile."

He said a number of Pakistani nationals are arrested every month in India trying to carry out terror strikes and if New Delhi starts behaving the "same way, all of them will hang".

He said Pakistan needs to understand that India arrests a number of their citizens every month with weapons.

"Pakistanis will come across to the Valley to carry out terrorist attacks with AK-47s, grenade launchers etc. They are put on trial, and in jails for 10-12 years and sent back.

"If this sort of thing (sentencing and executing Jadhav) happens and we (India) start behaving the same way, all of them will hang. We will set up a special court, we will change the law. Pakistan needs to keep this in mind," he said.

Continue FREE with Ads Pay Rs. 1 to Read Without Ads
READ MORE IN:
Subramanian Swamy National
Next Story : If Relief Granted on Exchanging Scrapped Notes, It Will be For All, Says Supreme Court
Download the Outlook ​Magazines App. Six magazines, wherever you go! Play Store and App Store