'If BJP Contests Next Elections Only By Using Cheque, I Will Admit That Black Money Has Been Wiped Out' 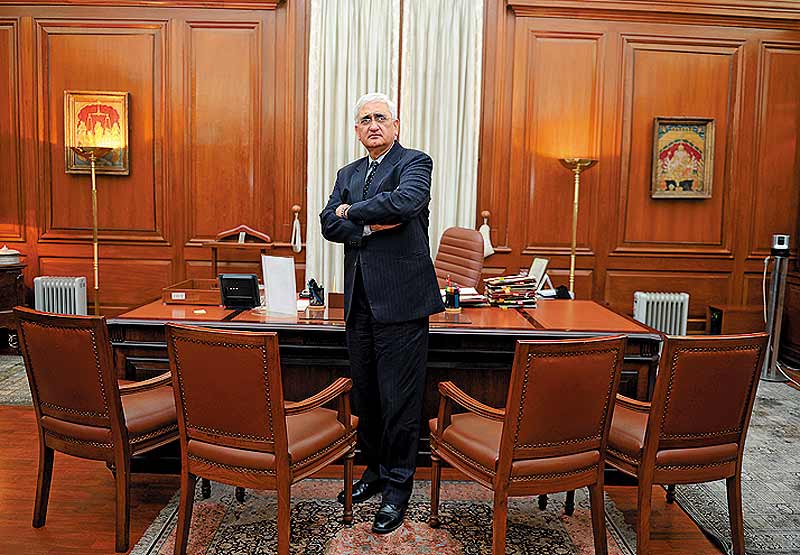 Print
A
A
A
increase text size
Outlook November 13, 2016 11:27 IST 'If BJP Contests Next Elections Only By Using Cheque, I Will Admit That Black Money Has Been Wiped Out'

Former External Affairs minister and Congress leader Salman Khurshid today attacked the Narendra Modi-led government at the Centre, saying it does not like to be questioned.

"Anyone who questions the government is being labelled as a traitor or an irresponsible person," he was quoted as saying at Dhakoli in Zirakpur in Punjab in a statement released here.

Speaking on the issue of black money, Khurshid said the Central government should also focus on the fake currencies being pushed into the country from outside.

"Modi government should disclose the amount of fake currency seized until now. The NDA government has so far failed to clarify about what steps have been taken to curb black money. If the BJP says that it will contest the next elections only by using a cheque, then I will admit that black money has been wiped out," he said.

On the issue of SYL, the Congress leader said, "All the political parties should refrain from playing politics over this issue. It will be better if they get together and resolve it or they will have to go by the Supreme Court decision".

He further said Amarinder Singh's "hardwork" and the "enthusiasm" of the cadres will lead Congress to a "thumping victory" in Punjab.

Commenting on the shifting of APP's "stand" over SYL issue, Khurshid said, "AAP likes to point fingers at others, but it doesn't want to be questioned. Their leaders are used to give irresponsible statements on serious issues. This might have helped them in the past, but they stand exposed now".

Continue FREE with Ads Pay Rs. 1 to Read Without Ads
READ MORE IN:
Salman Khurshid National
Next Story : Trump May Not Stay Full-Time in White House, to Divide His Time Between New York, Washington
Download the Outlook ​Magazines App. Six magazines, wherever you go! Play Store and App Store