If Akhilesh, Mayawati Join Hands, Then Game Over For BJP in 2019: Lalu Yadav 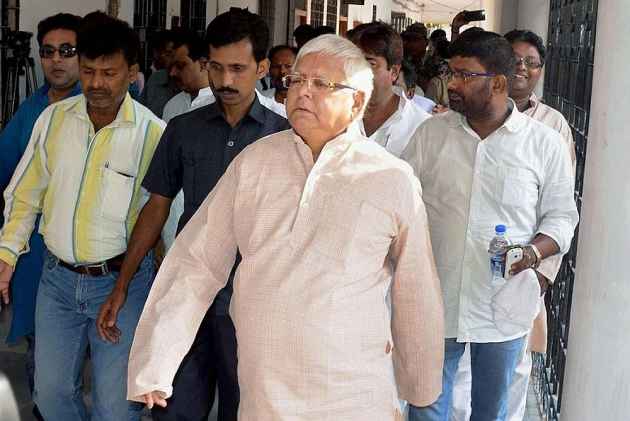 Yadav while addressing a gathering here said that BJP is well aware of the power of opposition the political parties.

"Everybody is feeling, and is working according to their policies, Then may it be Mayawati ji, Akhilesh ji, Robert Vadra ji, Priyanka Gandhi ji, Mamata didi or Kejriwal, Lalu Yadav or his family, the BJP wants to break us, because it knows our power very well. And is also aware of the fact that if all opposition parties unite, then its dream of again forming government in 2019 will remain a dream," said Yadav.

Yadav further said that if Former Uttar Pradesh Chief Minister Akhilesh Yadav and Bahujan Samaj Party supremo Mayawati come together then there BJP will stand no chance in the next elections.

"If Akhilesh and Mayawati come together, and there are strong possibilities of the same then 2019 match for BJP is over," said Lalu.

Lalu's hint at a possible rejig in the grand-alliance comes after Bihar Chief Minister Nitish Kumar blamed the Congress for the ongoing mess in the Opposition, especially over the Presidential election nominee.

For the upcoming presidential elections, Kumar sided with the NDA's nominee, former Bihar governor Ram Nath Kovind instead of the opposition's choice of Meira Kumar, a Dalit candidate from his own state (Bihar).