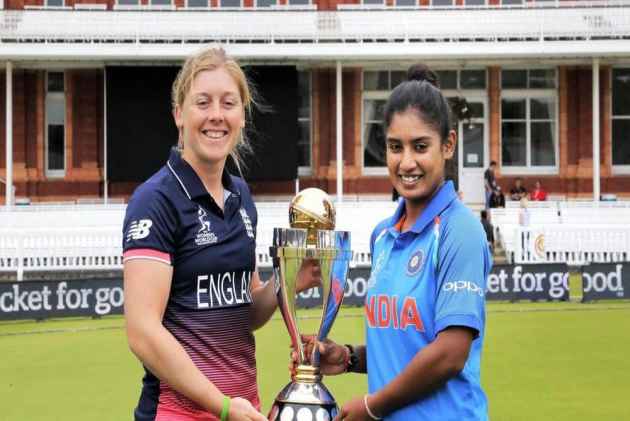 England won the toss and have elected to bat in the ICC Women's World Cup final against India at the Lord's here on Sunday.

Riding high on confidence following their astounding victories over New Zealand and Australia, the Indian eves will look to draw inspiration from the 1983 World Cup victory of Kapil Dev and his team and will aim to clinch their maiden Women's World Cup title against England.

England, on the other hand, are on a winning spree as they have won seven straight games to enter the summit clash. The only loss they had was to India in the tournament opener.

If India win today, they will become only the fourth team to do so with England, Australia and New Zealand sharing all the preceding titles.