I Will Come Back As An Ordinary Citizen, Says Prez Mukherjee 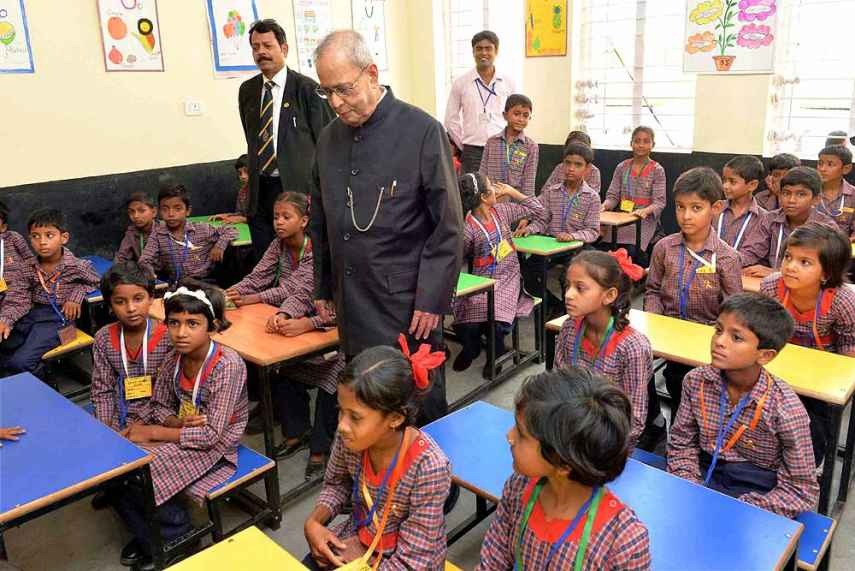 Print
A
A
A
increase text size
Outlook July 15, 2017 12:19 IST I Will Come Back As An Ordinary Citizen, Says Prez Mukherjee

"I will come back as an ordinary citizen of India", was President Pranab Mukherjee's message to the people of Jangipur, from where he had registered his maiden electoral win in 2004 after 35 years of a successful public life.

Inaugurating the KKM rural football tournament at the on Mackenzie football ground here, he said he cannot come back as the President as his term ends in another 10 days.

The under-19 teams of traditional rivals Mohun Bagan and East Bengal fought it out till extra time before the former prevailed in a penalty shootout.

The President was greeted with cheers by the people when he said he will become one of the 130 crore citizens of the country and will come back as ordinary citizen.

The rural football tournament for the KKM Gold Cup was started by him in 2010 in memory of his father Kamada Kimkar Mukherjee.

Despite sultry conditions, people thronged rooftops, the stadium and the roads of this small town to get a glimpse of Mukherjee, who is on his last visit as the Head of State.

Mukherjee did not disappoint as he kept waving and gesturing to the people who had elected him as their MP in 2004 and 2009 and had now lined up to see him.

The President who entered in public life as a Rajya Sabha member in 1969 held important portfolios in various governments.

Today's visit was an emotional moment for him where he met people at his residence -- 'Jangipur House' -- built by his son Abhijeet Mukherjee.

The narrow road leading to his house criss-crossing lush green paddy fields was thronged by villagers who ran towards his carcade with their cell phones to catch the moment.

A simple house built on an acre of plot in Sonatikuri village with a small pond and ducks moving around has in its hall a large photograph of Mukherjee's late wife Suvra Mukherjee, whose smiling face welcomes visitors.

The house was a hub of activities today where people waited to meet Mukherjee.

"I have written a biography of the President. My elder brother was his classmate. I know him since 1970s," said Sushil Bhattacharya, who was eagerly waiting for over three hours outside his home to meet him.

Showing an old album and the book he had written on Mukherjee, Bhattacharya rued that police was not letting him in. After sometime he was allowed.

Another old friend of Mukherjee, four time Congress MLA Samar Mukherjee was also among those who had come to meet him.

An acquaintance also brought 'kheer' for the President which she gave to Abhijeet.

The children who eagerly waited for him in their class could not resist themselves from barraging questions at him.

"How were you as a student?", "do you like President's life or ordinary life?", "did you like our school"? The President kept smiling, went to their seats, shook hands and kept taking questions.

"I was not a good student like you. You all come to schools regularly. I used to run away," he said but advised them to study hard, play hard and be determined to make a mark.

He also lauded a student -- Alimuddin, a class five student, who taught his illiterate farmer father and housewife mother after he had read on the blackboard 'each one, teach one'.

The President talked to him as he was moved by his gesture.

The President will distribute LPG connections and will address rally of ex-servicemen at Nabagram before returning to Delhi tomorrow.