'I Want to Enjoy the Moment', Says Rahman 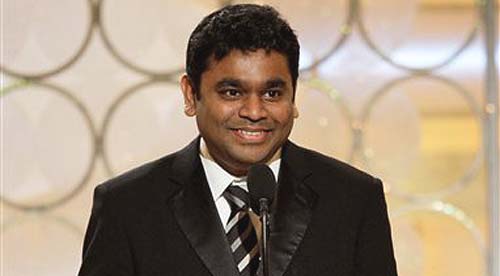 "Something good is happening, and Iam happy about it," said Rahman
AP Photo/NBC,Paul Drinkwater

Slumdog has been nominated for the Oscars in ten different categories including Best Picture and Best Director among others.

Rahman has received two nominations in the Original Song category along with Gulzar for Jai Ho and O Saya with Maya Arulpragasam.

"There is still a month to go for the awards," Rahman said when asked if he was confident of winning. "I want to enjoy the moment and not think of the future," he said.

"I did not think it will get there. God has been really kind. And I have to really thank the prayers of all the people and their good wishes," Rahman said.

"Something good is happening and I am really happy about it," he said, adding that "there is a kind of optimism in the film and so much of positive vibes as you leave the movie hall."

Rahman said that he felt on "top of the world" and disclosed that he was getting offers from Hollywood producers to provide the musical score for their films.

When asked if the Indian film industry would lose him to Hollywood, Rahman quipped, " I will do a balancing act."

Rahman said the inspiration for his musical score which has won him international recognition came from the film Slumdog Millionaire itself.

The versatile music composer said he did not think that he had even one per cent change to hit the international stage when he made his debut in the Indian film industry.

He said the fact that Slumdog got ten Oscar nominations was a "nice lesson" on how honours can be achieved through collaboration.

The composer said there was no special celebration for him. "I am busy mixing the music of Dilli 6. I am a musician and I have commitments to keep," he said.

Meanwhile, acclaimed British director Danny Boyle, who is in Oscar race for the Best Director for Slumdog, dedicated the Academy Award nominations to the actors of the film.

"Ninety-nine per cent of the audience come to watch the film for the actors," Boyle said.

He also gave credit to writer Vikas Swaroop, author of Q&A on which the film is based. "If not for Vikas's story, I would not have got the idea to make the film," Boyle told reporters.

"It is unbelievable and amazing. The ten Oscar nominations are truly well-deserved," he said.