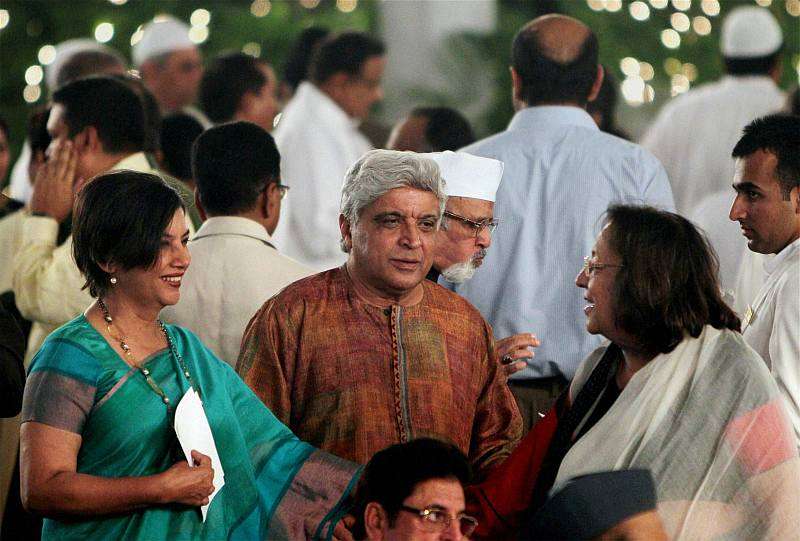 In the midst of raging debate over intolerance in the country, famous Bollywood scriptwriter- lyricist Javed Akhtar today said he never faced communal discrimination in his life.

"I haven't faced communal discrimination in personal life. I landed in Mumbai when I was 20-year-old. People who gave me work weren't my relatives or members of my community, my class or my state, nor did they speak my native language. They gave me work because they liked my work," Akhtar said in an interaction at the Indore Literature Festival here.
"The only way to overcome discrimination and prejudice in the society is to excel in your work. If you do your work well, it will prevail over discrimination, prejudice, hatred and communalism. So, one shouldn't grumble and whine but try to excel in one's field," he said.
Akthar also said that the notion that communalism and corruption didn't exist earlier was wrong.
"The world has been beset with evil and wrongdoing since its genesis and these things continue to linger on. But now such things are debated," he said.
He, however, lamented that his generation failed to pass on the legacy of culture, language, folk-stories and epics to the next generation.
"Our generation remained stuck in the rat race of earning money," he said.
Continue FREE with Ads Pay Rs. 1 to Read Without Ads
READ MORE IN:
Javed Akhtar Arts & Entertainment
Next Story : ISIS Will Never Prevail: US Vice President
Download the Outlook ​Magazines App. Six magazines, wherever you go! Play Store and App Store