I Have Never Ever Crossed 'Lakshman Rekha' of BJP: Shatrughan 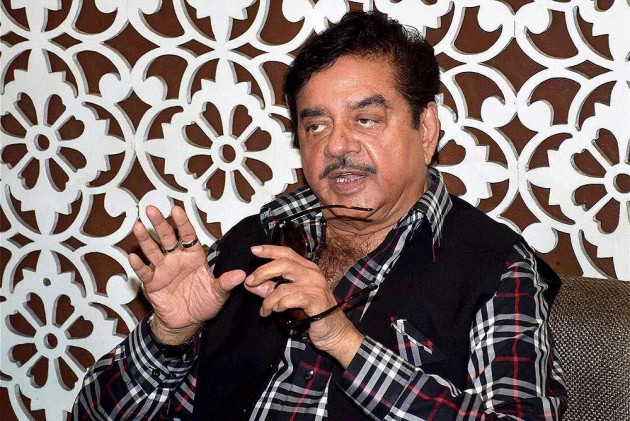 Print
A
A
A
increase text size
Outlook September 08, 2015 23:09 IST I Have Never Ever Crossed 'Lakshman Rekha' of BJP: Shatrughan

Sulking BJP MP Shatrughan Sinha, who has been at loggerheads with the party and virtually dared it to take action, tonight emphatically said he has never ever crossed the 'lakshman rekha' in the party.

As his home state Bihar heads for polls later this year, the actor-turned politician also praised Prime Minister Narendra Modi as a "dashing and dynamic man" and an "action hero" who is progressive

"I'm not angry with anyone. I'm cool, calm, composed. Sometimes I try to show the mirror to people for their childishness. Beyond that you can never ever say that I've crossed the party line, never crossed the lakshman rekha," Sinha told NDTV.

"I'm mature enough and senior enough in this party to understand whether I should cross party line or not. And if I have to do cross party line, then when. Such circumstances have not arisen yet."

Sinha's recent meetings and praise for JD(U) leader Nitish Kumar have upset the BJP at a time when it hopes to deny him another term as chief minister.

Describing the upcoming Assembly polls in Bihar as a litmus test for the LJP and NDA, Sinha said he saw nothing wrong in his suggestion that the "able, capable, acceptable, respectable and secular" Ram Vilas Paswan should be the consensus CM candidate of Bihar from the BJP-led coalition. Paswan, a LJP leader, is currently an union minister.

It was not for the first time that Sinha has made the politically awkward suggestion that ally Paswan lead their coalition in Bihar.

"I believe we should have announced our CM candidate," he said.

In response to a question, Sinha said Modi's DNA remarks against Nitish was perhaps "avoidable".

Asked whether the prime minister should apologise for the DNA remarks, Sinha said, "it was avoidable".

He, however, said that sometimes slip of tongue happens in course of speaking extempore. "It was not his (Modi) intention to make such a remark."

Sinha said Modi is an "action hero" because he is representative of the wishes and aspirations of the people.

"People have loads of expectations from Narendra Modi. And he is doing very well. His intentions are also very good. He is dynamic, progressive, development-oriented," he added.