'I Have Come to Terms With My Sacking,' Comey Tells FBI Agents 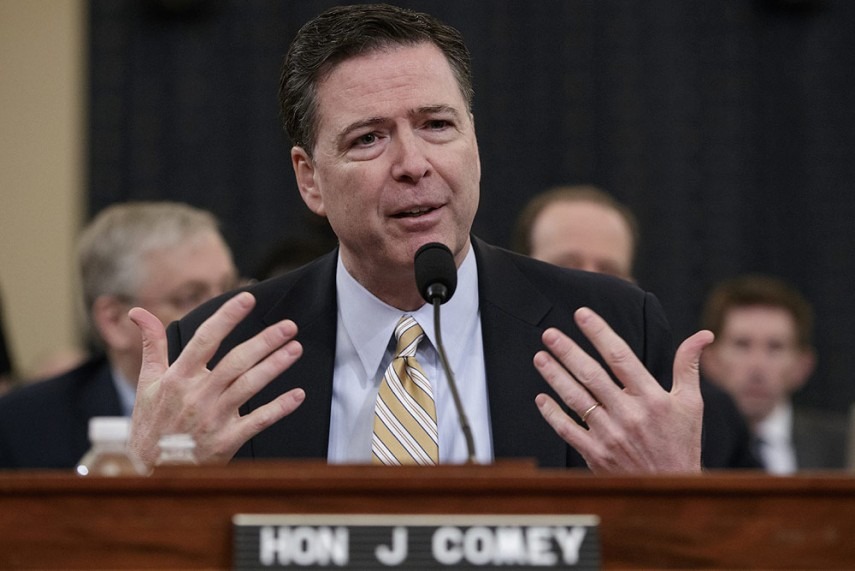 Amidst a raging political storm over his abrupt dismissal, FBI chief James Comey today told his colleagues that the US President had the right to sack him for any reason "or for no reason at all" and that he had come to terms with it.

In a farewell letter to his colleagues at the Federal Bureau of Investigation, Comey, 56, said he does not plan to dwell on the decision of President Donald Trump to fire him or the "way it was executed."

"It is done, and I will be fine, although I will miss you and the mission deeply," Comey said a day after he was unceremoniously removed as America's top sleuth.

Comey was in the third year of his 10-year term, when he was dismissed by Trump.

The White House said Comey had lost the confidence of Trump, who was looking to fire him from day one.

"I have long believed that a president can fire an FBI director for any reason, or for no reason at all," Comey wrote.

"I'm not going to spend time on the decision or the way it was executed. I hope you won't either. It is done, and I will be fine, although I will miss you and the mission deeply," Comey said in his letter.

Trump's startling sacking of Comey triggered a political firestorm in Washington and plunged his 100-day-odd presidency into turmoil with strong opposition to his move by the Democrats.

Comey also said that: "In times of turbulence, the American people should see the FBI as a rock of competence, honesty, and independence."

The former FBI director, known for his personal integrity, said it is very hard to leave a group of people who are "committed only to doing the right thing".

"My hope is that you will continue to live our values and the mission of protecting the American people and upholding the Constitution."