'I Feel Like Resigning' Says Exasperated Advani in Lok Sabha 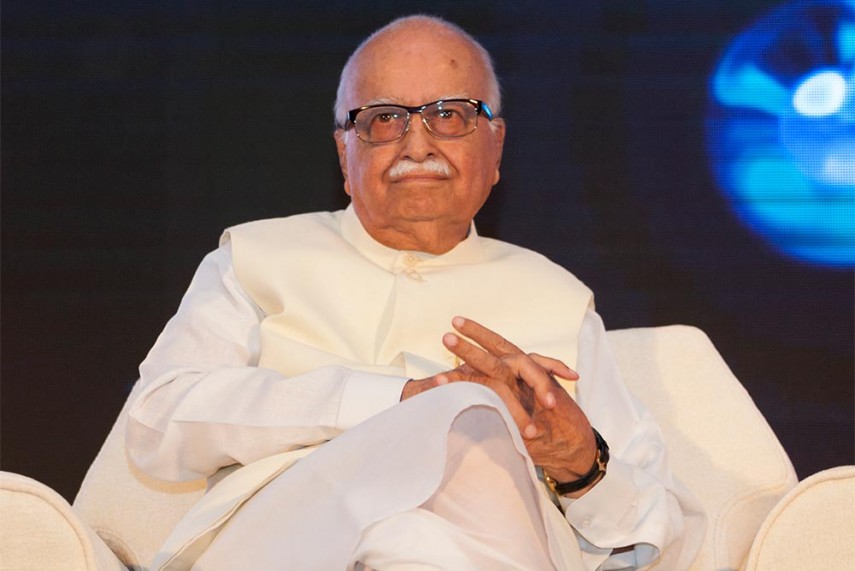 Print
A
A
A
increase text size
Outlook December 15, 2016 13:56 IST 'I Feel Like Resigning' Says Exasperated Advani in Lok Sabha

An anguished BJP veteran L K Advani remarked in Lok Sabha on the penultimate day of the Winter Session of Parliament today, exasperated over its virtual washout on the note ban issue.

The veteran parliamentarian gave vent to his pain and anguish soon after Speaker Sumitra Mahajan adjourned the House for the day amid trading of charges between the government and the Opposition on smooth functioning of proceedings.

Remaining seated in his front seat, Advani first narrated his feelings to Union minister Smriti Irani, who in turn drew the attention of Home Minister Rajnath Singh standing nearby.

Singh appeared to give a patient hearing to the veteran leader, but was seen hardly reacting. Parliamentary Affairs Minister Ananth Kumar, who had earlier targeted the Opposition over the disruptions, had by then left the House.

"If it does not happen and Parliament is adjourned sine die without discussion (on demonetisation), it will be considered a washout," he told Idris Ali (TMC) and two other BJP MPs, including Nana Patole.

He was heard remarking that even today, talks should be held with the opposition, especially Congress, on ensuring a smooth debate tomorrow.

Advani insisted that discussion should be held under whatever rule and no one should see it as a "victory or defeat" for his side, suggesting if Parliament is adjourned sine die without any debate, it will be a defeat of Parliament.

Congress leader in Lok Sabha Mallikarjun Kharge was seen telling a Lok Sabha official that the way the House was adjourned gave only the version of the government and the Opposition was left high and dry.

"We feel like hanging ourselves at Vijay Chowk," he was heard remarking.

Parliament during this session, unhappy over the frequent disruptions that have become order of the day.

On December 7, Advani had expressed deep distress over the way the Lok Sabha proceedings were being conducted, saying neither the Speaker, nor the Parliamentary Affairs Minister was running the House.

On that day, a visibly agitated Advani was heard expressing his unhappiness to Parliamentary Affairs Minister Ananth Kumar over the continuing protests in the House at a time when some Opposition members had even come to the side of Treasury benches raising slogans in the Well.