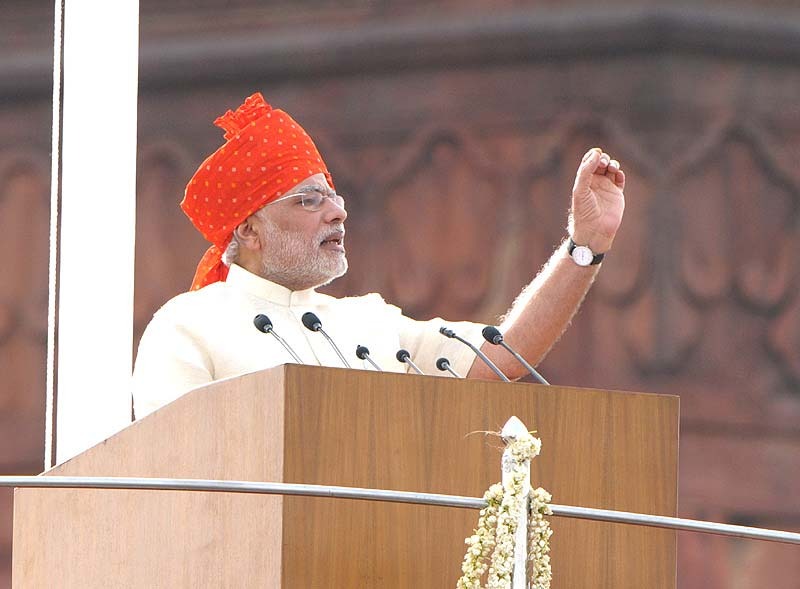 Prime Minister Narendra Modi, on Tuesday on the occasion of 71st Independence Day, shedded light on the recent death of innocent children in Gorakhpur's Baba Raghav Das Medical (BRD) College hospital, while speaking of calamities that India has faced, and assured that the nation will stand by the bereaved and kin of the deceased children.

"Few days back, many of our innocent children died in a hospital. People of India stand shoulder to shoulder with those affected due to natural disasters and the tragedy in Gorakhpur," said Prime Minister Modi, while addressing the nation on the occasion of the 71st Independence Day, from the Red Fort.

Additionally, persuading the development of an India on the backdrop of the youth, Prime Minister Modi urged the formation of a 'New India'.

"January 1 2018 will not be an ordinary day; those born in this century will start turning 18, the 'Bhagya Vidhatas' of our country. Everybody is equal in our nation, no one is big or small. Together we can bring a positive change in the nation," he said.

Gloom descended upon Gorakhpur as 70 children have died so far, in what was examined to be the aftermath of encephalitis caused by an alleged disruption in the supply of liquid oxygen in the hospital.