I Can Start Govt Formation Once CM Resigns: Manipur Governor 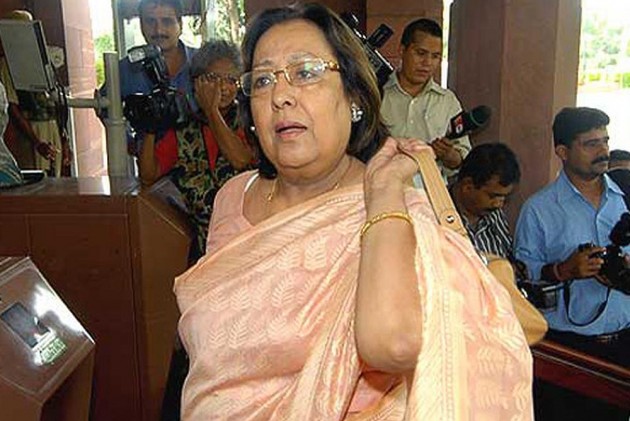 Print
A
A
A
increase text size
Outlook March 13, 2017 17:45 IST I Can Start Govt Formation Once CM Resigns: Manipur Governor

With the Congress demanding the first chance to form the government for being the single largest party, Manipur Governor Najma Heptullah today said she could start the process once incumbent CM O Ibobi Singh steps down.

"I have not received till today any resignation from the chief minister (O Ibobi Singh) though I told him yesterday I can start the process of government formation only after you resign," Heptulla said.

"As per rules, until the present chief minister resigns, the process of next government formation cannot be started," said a highly-placed Raj Bhavan source.

"Ibobi Singh along with outgoing deputy chief minister Gaikhangam and state Congress president T N Haokip had met the governor last night. The governor had asked Singh to resign immediately so that she can start the process of government formation," he said.

"It was during the meeting that Ibobi Singh had staked claim to form the next government by showing a list of 28 Congress MLAs. He also claimed to have the support of four National People's Party (NPP) MLAs.

"On seeing the names of the four NPP MLAs on an ordinary piece of paper, Heptullah asked Ibobi Singh to bring the NPP president and the MLAs," the source said.

The governor said it was her duty to cross check claims and counter-claims and that she would not accept an ordinary piece of paper as the "letter of support" unless she meets the NPP MLAs, the source said.

The BJP leadership with their 21 MLAs had met the governor along with NPP president and the four MLAS of his party and the lone LJP and TMC MLAs, besides one of the Congress.

The BJP has claimed it enjoyed the support of 32 MLAs in the 60-member assembly.

The Congress has won 28 seats in Manipur while the BJP has secured 21. The NPP and the NPF have won four seats each, with the LJP and the Trinamool Congress bagged one seat each.