I Am Against All Mob Lynching, Including That Of DSP In Kashmir: Shabana Azmi 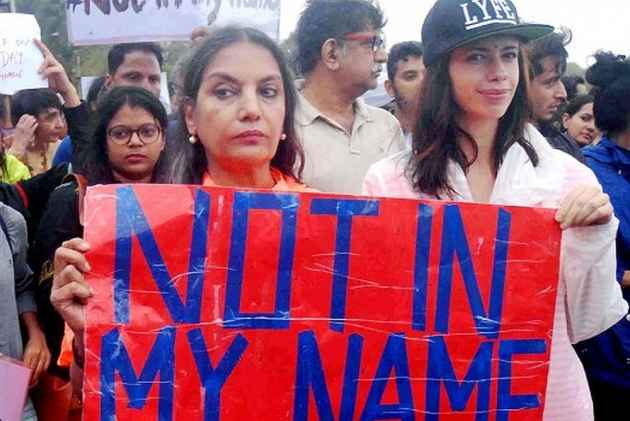 Print
A
A
A
increase text size
Outlook July 03, 2017 16:55 IST I Am Against All Mob Lynching, Including That Of DSP In Kashmir: Shabana Azmi

Veteran actress Shabana Azmi today said she has always raised her voice against hate crime and her outrage over mob lynching is not selective.

The 66-year-old actress took to Twitter to clarify her stance after she took part in the 'Not In My Name' protest, an anti-lynching movement on June 28.

"... I'm versus (against) all fundamentalism. In Not In My Name campaign I said it's about all mob lynching including the DSP in Kashmir, the love jihad," wrote Azmi.

The "Neerja" actress responded to an open letter penned by a former senior journalist where he questioned her for remaining silent on other hate crimes in the name of the religion.

Azmi slammed the article with a tweet, "Every level charged here is untrue. Surprised such a senior journalist didn't check facts and has resorted to spreading canard. Afsos (it's sad)."

Every level charged here is untrue.Surprised such a sr journalist didn't check facts and has resorted to spreading canard.Afsos https://t.co/KZy7br1Otv

The 'Not In My Name' drive gained traction after Saba Dewan, a documentary filmmaker, took to Facebook to organise a protest at Jantar Mantar in Delhi.

It soon became big social media campaign with people turning up in huge numbers in other cities such as Bengaluru, Kolkata, Hyderabad and Thiruvananthapuram.