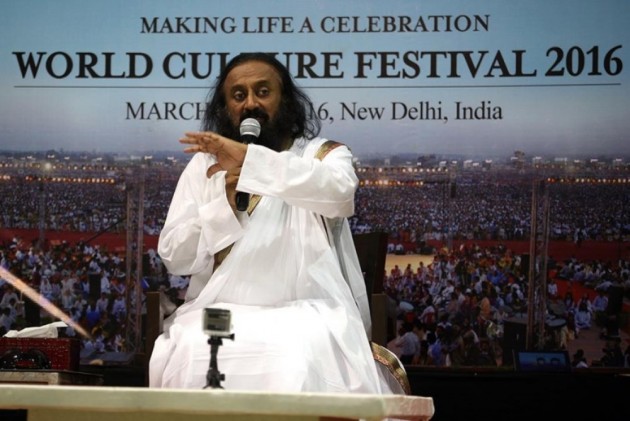 Separatist Hurriyat Conference on Thursday hit out at chief of Art of Living Foundation Sri Sri Ravi Shankar for his statement on Kashmir, terming it as "ridiculous and hilarious".

At a peace conference in Jammu on Wednesday, Sri Sri had said, "The (Kashmir) conflict has become the cash cow for some people. They don't want to put an end to it. This has become a source of earning for them. But the common people are facing the brunt of it. They need to come forward and isolate those people."

Reacting to this, a spokesman of hardline Hurriyat Conference led by Syed Ali Shah Geelani said, "It (Sri Sri's comment) is far from reality and the remarks regarding the present freedom movement and resistance leadership are baseless and illogical."

Advising the spritual guru "to go through the history and equip himself with the facts" before commenting, the spokesman said in a statement that "this deceitful rhetoric has no takers" in the valley.

Referring to Sri Sri's statement regarding the type of "freedom", the Hurriyat spokesman said "before asking this question, he should have gone through the pages of history and resolutions of United Nations and promises made by his own political stalwarts...."