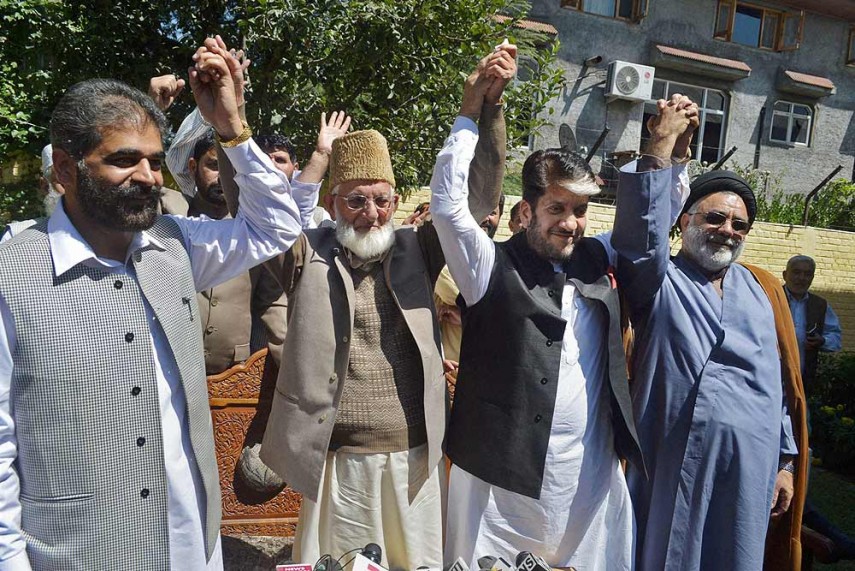 Moderate Hurriyat Conference chairman Mirwaiz Umar Farooq has appealed to the UN and the Organisation of Islamic Cooperation (OIC) to press India for an "unconditional and transparent" dialogue with all stakeholders for the resolution of Kashmir issue.

"Hurriyat Conference believes that an alternative path to work out the modalities of a resolution is through dialogue.

"It (Hurriyat) fervently appeals to the OIC to support this demand and urges the UN and the international community to prevail upon India to enable a genuine, unconditional and transparent dialogue with all stakeholders i.e. India, Pakistan and the people of Kashmir," he said in a letter to the OIC.

The separatist leader, who is under arrest at Cheshma Shahi sub jail for the past 24 days, has been invited by the OIC to attend its annual Foreign Ministers' meet to be held on the sidelines of the United Nations General Assembly session in New York later this month.

He reiterated that certain steps need to be taken for creating a conducive atmosphere for the dialogue over the Kashmir issue.

"Immediately stop killing, torture and arbitrary arrests of Kashmiri civilians and release all political prisoners. Remove arbitrary and draconian laws and conditions such as the Disturbed Areas act, Public Safety Act and others," he said.

The Hurriyat chairman said there should be "no reprisal or intimidation" of the people of Kashmir so that they can discuss and express their political aspirations in public spaces.

"The use of firearms and pellet guns on unarmed protesters should be stopped. Start demilitarising all of Kashmir and revoke impunity laws such as the Armed Forces Special Powers Act (AFSPA)," he said.

"Most importantly, recognise the right of Kashmiri people to determine their own political future," he added.

Continue FREE with Ads Pay Rs. 1 to Read Without Ads
READ MORE IN:
National
Next Story : Burn Bodies of Terrorists on Heap of Garbage: Togadia
Download the Outlook ​Magazines App. Six magazines, wherever you go! Play Store and App Store