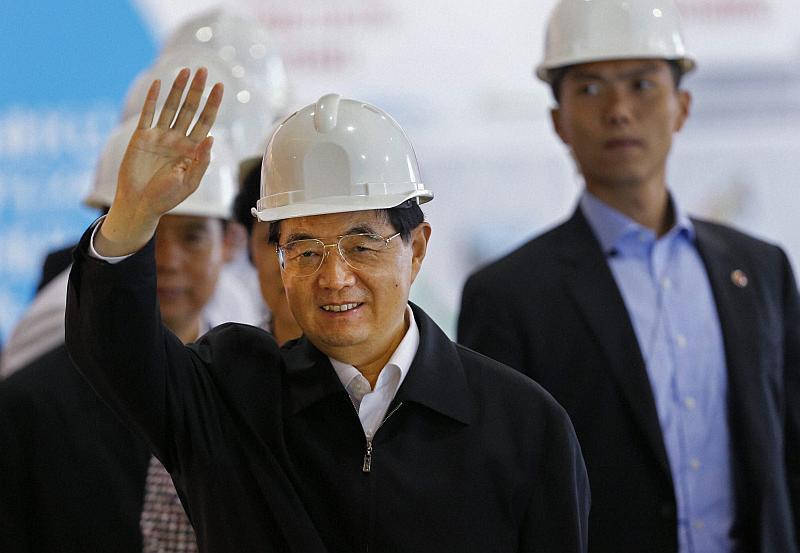 outlookindia.com
-0001-11-30T00:00:00+0553
China's President for a decade Hu Jintao today stepped down from power, leaving a stamp of his own on the ruling Communist Party which incorporated his theory of "Scientific Outlook" in its constitution to figure along with the theories of top leaders like Mao Zedong and Deng Xiaoping.

An amendment to the Constitution of the Communist Party of China (CPC) was approved on the last day of the leadership change Congress making the Scientific Outlook on Development as part of the Party's guide for action.

Unanimously agreed on by 2270 delegates to the congress, the amendment juxtaposes the Scientific Outlook on Development along with Marxism-Leninism, Mao Zedong Thought, Deng Xiaoping Theory and the important thought of Three Represents credited to Hu's predecessor Jiang Zemin.

Hailing the Outlook as "the crystallisation of the collective wisdom of the CPC and a long-term guiding ideology the Party must adhere to", the resolution said it represents the Party's latest achievement in adapting Marxism to China's conditions.

Hu, 69, a strong follower of Deng's reform policies, discarding Mao's hard-line Marxist policies opened up China's economy in the last ten years even while keeping a strong lid on the political reforms, and consolidated his hold on the party.

His decade-long reign ended today as new set of leaders were elected by the Congress.

The new leaders including Hu's successor, Xi Jinping would be formally unveiled tomorrow.

Besides emerging as the second largest economy, China's annual percapita income during Hu's era has increased from USD 931 to USD 3461.