Hrithik's Fitness Dare to Stars in the Film Industry 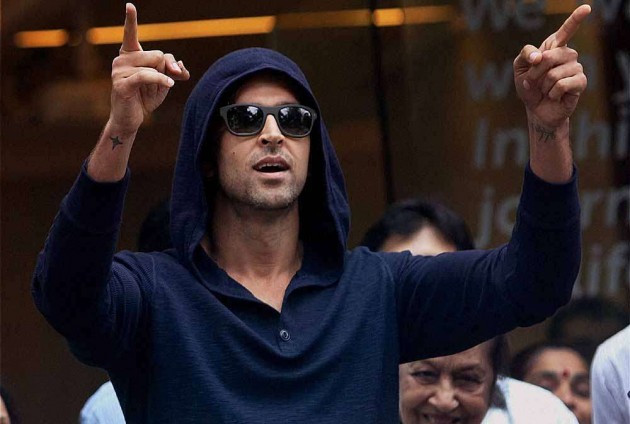 Print
A
A
A
increase text size
Outlook September 20, 2014 22:44 IST Hrithik's Fitness Dare to Stars in the Film Industry

Hrithik Roshan is promoting his upcoming film Bang Bang in an innovative way on Twitter by daring Bollywood stars including Shah Rukh Khan, to take on fitness challenges.

The 40-year-old actor, who will be seen in an action hero avatar in the Siddharth Anand-directed film, dared SRK to post a photograph of doing the exercise that helped the Chennai Express star attain his 10-pack abs.

"The 10pack #bangbangdare @iamsrk show us a picture of you doing your favourite ab exercise! We all want to know which one it is! You have 3 days! Qabool?" Hrithik posted.

The 10pack #bangbangdare @iamsrk show us a pic doing ur fav ab exercise!all want 2 know which 1 it is! U hv 3 days! Qabool?

For Dino Morea, Hrithik proposed another fitness challenge, saying, "To the muscleman Dino Morea your #bangbangdare - 20 parallel bar dips! 1 set!! You have 3 days!! Do you accept?"

While congratulating Sonam Kapoor on the success of her latest film Khoobsurat, the Krrish 3 star asked the actress to post a collage of her smiles.

"My #bangbangdare to khoobsurat Sonam Kapoor. A collection of your happiest craziest smiles on the super success of 'Khoobsurat'! This one we deserve," he posted.