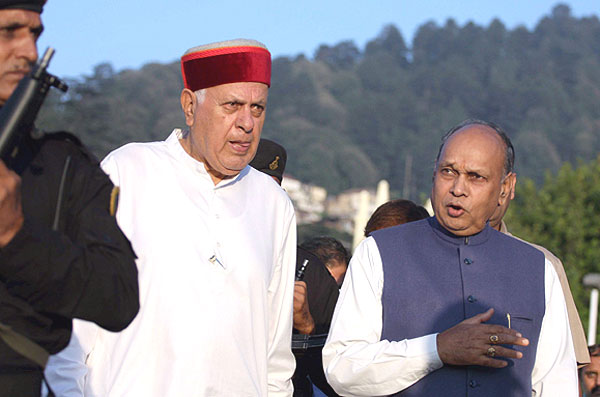 The former Himachal Pradesh chief minister also asked the Vigilance and Anti-Corruption Bureau to submit the details of his properties asserting that he did not posses "any benami properties in and outside the state and is ready for any probe".

"My slate is clean and I have no benami properties in and outside the state and those leveling false charges against me would have to face its consequences," Dhumal told reporters after taking part in Kargil Vijay Diwas function here today.

He said he had written a letter to Prime Minister Narendra Modi.

The BJP leader said instead of leveling false charges against him and other Opposition leaders, Chief Minister Virbhadra Singh's government should work to control the deteriorating law and order situation in the state, resulting in spurt in incidents of thefts, murders, rape and other crimes.

Dhumal said he was pained over the alleged rape of an Israeli woman in Manali as it shows "how much secure the foreign tourists in the state."

Dhumal criticised the state government for announcing creation and filling of posts without any budgetary provisions saying, it was an indication that he was aware that Congress would not return to power after next assembly polls.

Continue FREE with Ads Pay Rs. 1 to Read Without Ads
READ MORE IN:
Prem Kumar Dhumal National
Next Story : Rupee Firms Up by 13 Paise to 67.14 Vs US Dollar
Download the Outlook ​Magazines App. Six magazines, wherever you go! Play Store and App Store