How Can One File Returns on Salary He Never Got, Sharif Asks 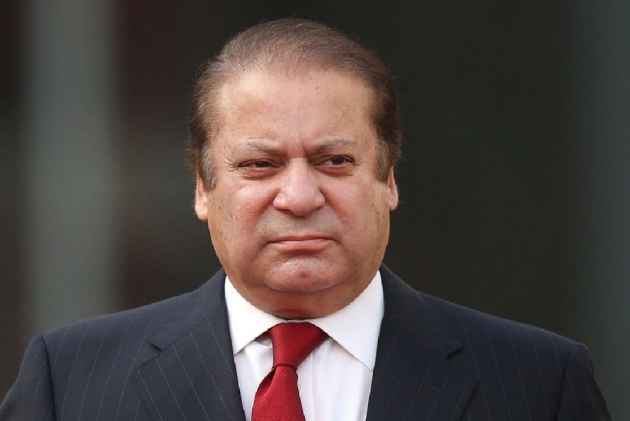 Print
A
A
A
increase text size
Outlook August 05, 2017 16:37 IST How Can One File Returns on Salary He Never Got, Sharif Asks

Former Pakistan Prime Minister Nawaz Sharif today asked how could he have filed income tax returns on a salary he never received from his son's company in Dubai, referring to the Supreme Court's grounds for his disqualification in the Panama Papers case.

Sharif was disqualified by the Supreme Court last week in connection with the Panama Papers scandal. The 67-year-old veteran politician soon resigned from his position.

During an informal chat, Sharif said he has a lot to say on the subject of his disqualification, however, he prefers to stay silent for now. He added that he is starting to understand a lot (about what is going on), Geo news reported.

Sharif asked how could he have filed income tax returns on a salary he never received from his son's company, the report said.

"Whatever happened with me is in front of you all. Had there been any evidence of corruption, kickbacks or misuse of public funds there would have been logic [in the disqualification]," he said.

"I have not done anything which obstructed the country’s progress," he said, adding, "I have acted upon the [Supreme Court] verdict but didn’t comment on it. I believe in the rule of law. I am not politically isolated," said Sharif during his informal discussion".

Taking a jibe at former president Gen (retd) Pervez Musharraf, Nawaz said a dictator of the past said dictatorship is better than democracy.

"I don’t know which world he is living in," he said, adding that, "he has no courage to come here and speak in public".

Sharif claimed Musharraf wanted to meet him in 2007 when he [Nawaz] was returning to the country.

The PML-N chief, along with family members and aides, vacated his residence in Changla Gali earlier and was greeted by scores of supporters in Bharakahu on his way to Punjab House.

The former premier's convoy was surrounded by PML-N supporters, prompting Nawaz to get out of his car at one point and greet the crowd.

Senior PML-N leaders and other politicians, including the prime minister and several cabinet members, are at the Punjab House for a consultative meeting chaired by Sharif.

Last Sunday, the former premier left the Prime Minister House and proceeded to Murree along with family members.

Since then, the country has seen a new prime minister — PML-N's Shahid Khaqan Abbasi — assume office.

Sharif has spent most of his time in Murree in hectic consultations over the formation of the new cabinet. The former premier chaired back-to-back meetings on Wednesday and Thursday, which finally led to the swearing-in of the new Cabinet yesterday.

The Supreme Court, in its judgment in the Panama Papers case, disqualified Sharif over his failure to disclose un- withdrawn receivables constituting assets from a UAE-based company.

The verdict stated that he was not "honest" and "truthful", as per the country's Constitution.

The PML-N has decided to file a review petition against the verdict. However, the party's troubles are not over as it gears up for the by-election in Sharif’s Lahore constituency — NA-120 — on September 17.

According to some reports, Punjab Chief Minister Shehbaz Sharif is expected to contest the by-poll and assume office of prime minister. However, there is a chance Abbasi could continue as the prime minister till the next general elections.