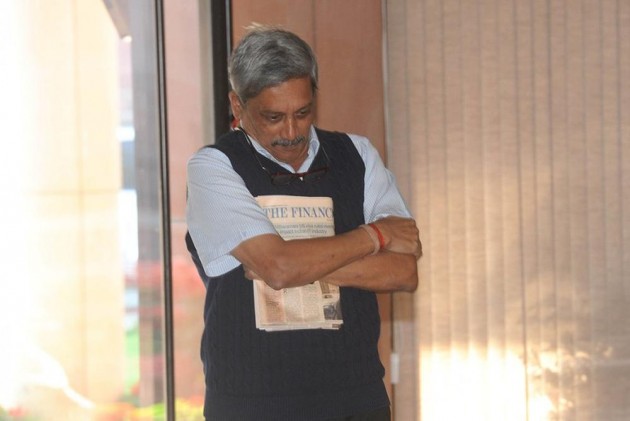 Three of the BJP's newly elected MLAs today rooted for Defence Minister Manohar Parrikar to take the lead to form government in Goa, if the smaller parties back it.

"The people want Parrikar to come back to Goa. Now it will depend on the Goa Forward Party and Maharashtrawadi Gomantak Party. If they support us, we will form the government in the state," BJP legislator Michael Lobo, who got elected from Calangute constituency, told reporters outside the party headquarters here.

He said if the GFP and MGP pledge support, the BJP can submit a letter to Goa Governor Mridula Sinha staking claim to form the state government.

The BJP secured 13 seats in the state Assembly polls. The Congress emerged as the single largest party, bagging 17 seats in the 40-member House.

The MGP and GFP won three seats each.

The BJP has the support of Independent MLA Govind Gawade, who was backed by the party during the election from Priol constituency.

Lobo said two other Independents may also support the BJP.

"Goa had witnessed tremendous development in last five years and a Chief Minister like Manohar Parrikar is required to take it ahead," he said.

Another BJP legislator Pramod Sawant, who got re-elected from Sankhalim constituency on party ticket for the second time, said the state government under Parrikar's leadership can deliver better.

"People have seen the kind of development that the state witnessed under his guidance. We do not want the state to suffer for next five years," Sawant said.

BJP MLA Nilesh Cabral, who won Curchorem, said that since the people of Goa have given a fractured mandate, all parties other than Congress can come together under Parrikar's leadership.

"There is no clear mandate for any party to form the government. In such a situation, all the parties other than Congress can come together under the leadership of Parrikar for the welfare of the state," Cabral said.