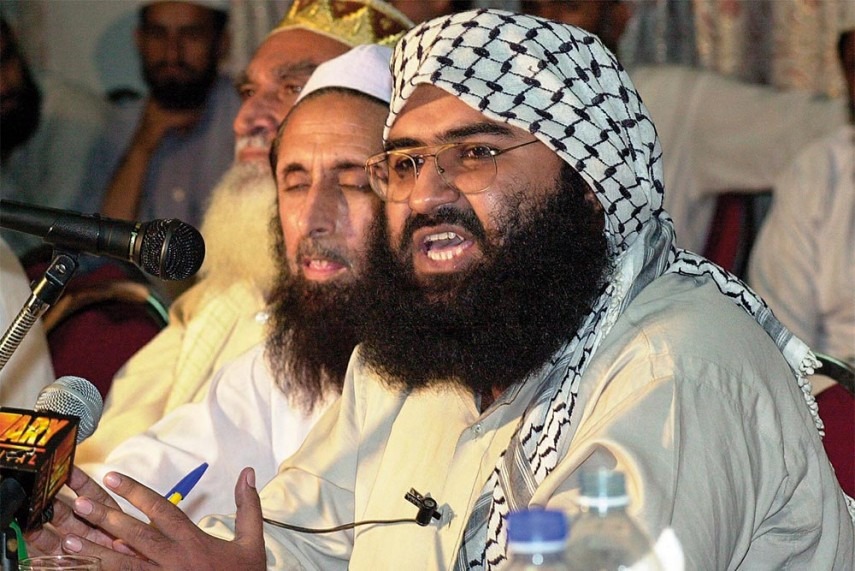 Upset over China stalling the move to list JeM's Masood Azhar a global terrorist by the UN, India today hoped that countries sharing its concerns over international terrorism would cooperate in fighting all forms of terror.

Jaish-e-Mohammed chief Azhar had been involved in carrying out terror activities against India and this was a well-known fact, said external affairs ministry spokesperson Gopal Baglay.

"We can only hope that all these countries which share our concerns regarding the menace of international terrorism will cooperate in fighting all forms of terrorism," he said.

He was replying to a question on China once again extending by three months its technical hold on the US, France and UK-backed proposal to designate Azhar a global terrorist by the UN.

China had in February this year blocked the US move to include the Pathankot terror attack mastermind in the list of global terrorists.

The deadline for China to take action on its technical hold was till August 2.

A veto-wielding permanent member of the Security Council, Beijing has repeatedly blocked India's move to put a ban on the JeM leader under the Al-Qaeda Sanctions Committee of the Council. JeM has already been in the banned list.

In March last year, China was the sole member in the 15- nation UN organ to put a hold on India's application. All other 14 members of the Council supported New Delhi's bid to place Azhar on the 1,267 sanctions list that would subject him to an assets freeze and travel ban.

The six-month validity of that technical hold lapsed in September and Beijing then extended it by three more months.

In December last year, after China blocked India's proposal to list the JeM chief, Indian diplomatic sources here had said that the pursuit of terrorism was not a "one-shot affair" for India and that it will continue to pursue issues of terrorism "through all available mechanisms".