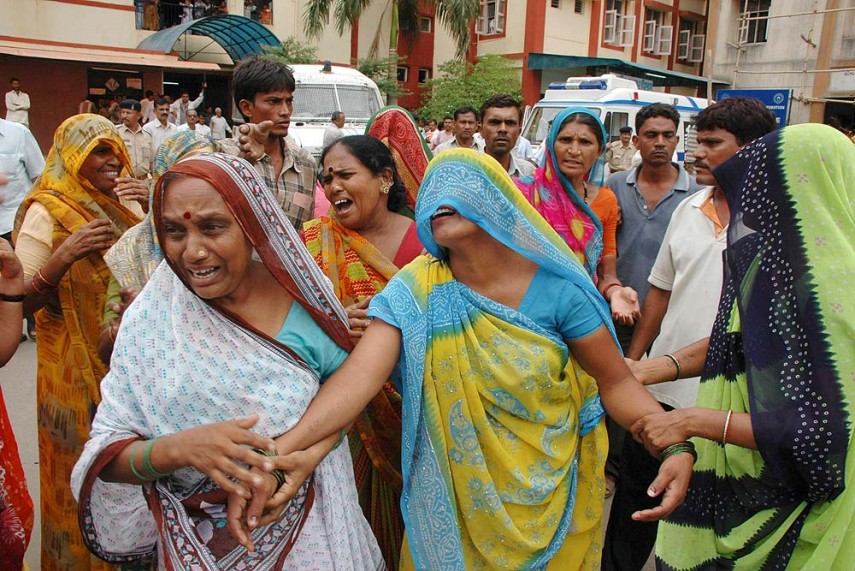 At least two persons were killed after they consumed country made liquor laced with poisonous chemical here, police said today.

"Post mortem report confirmed that the duo died after consuming country made liquor containing Methanol, which is a deadly chemical. We have lodged FIRs in this regard. Further probe will be conducted by city Crime Branch," Sharma said.

Apart from these two deaths, four more unnatural deaths were reported from Katargam, Kapodra, Limbayat and Dindoli area of the city since Sunday, the official said.

"These are suspected cases. We don't know if hooch was responsible for the death. Exact cause will be ascertained after post mortem," Sharma said, adding that raids are being conducted in different parts of city to those involved in selling hooch.

Meanwhile, taking note of such incidents, Chief Minister Vijay Rupani said the government will not spare people involved in manufacturing or selling liquor in Gujarat.

"We have recently amended our Prohibition Act, under which, people involved in the illegal trade will get imprisonment up to 10 years," the CM said.

In September last year, as many as 16 persons were killed in Vareli village here after consuming country made liquor.