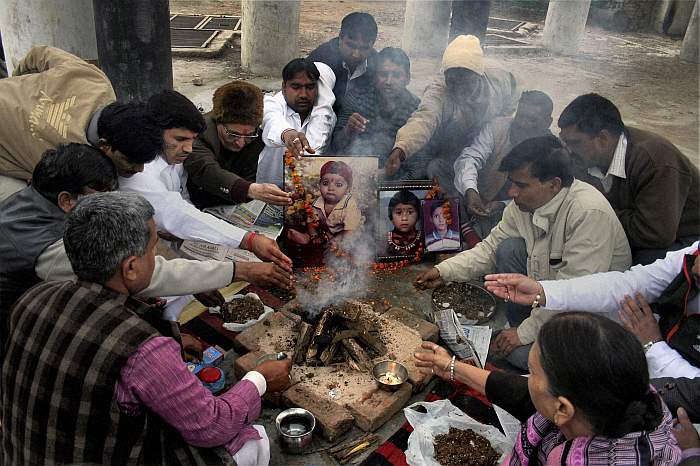 Noida Theatre artists today staged a nukkad natak at the degree college here to pay homage to the victims of Nithari serial killings on its 10th anniversay.

At D-5 house at Nithari, Jhabbu Lal and some other victim families lit candles and prayed for peace of the departed souls.

On December 29, 2006, skulls and bones were recovered from drain behind the D5 house. Police had arrested house owner Moninder Singh Pandher and her servant Surinder Koli in connection with the killings.

Dr RK Gupta of Noida degree college said, "Aim of the nukkad natak was to make public aware that employing minor children is an offence. Further, children were appealed not to take chocolate or other gifts from strangers as they may be kidnapped by them and forced to begging or other acts and their limbs too can be amputated. Children should learn from Nithari killings."