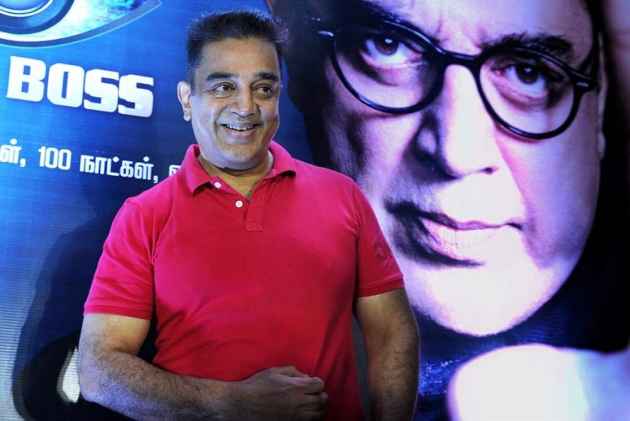 Looks like veteran actor Kamal Haasan is under fire.

Recently, the Hindu Makkal Katchi, a nationalistic Hindu party in Tamil Nadu, on Wednesday, demanded ban on the Tamil version of reality show 'Bigg Boss' and wanted its host Ulaganayagan Haasan to be arrested for tarnishing Tamil culture.

The HMK also complained that the contestants' portrayal in the show is a statement of disrespect towards the Tamil values.

'Big Boss Tamil,' Season One, is a reality show based on the Hindi show 'Big Boss.'

The complaint, filed with the Chennai Commissioner, seeks arrest of the 'Chachi 420' actor, followed by an arrest of all the 14 participants of the show, for tarnishing the reputation of the State and its culture.

According to the HMK, this show is responsible for segregating the Indian people and deteriorating the sense of cultural values among the Indians. They claim that the show depicts obscene content and the contestants roam around in the house in an indecent way, leading to profanity.

Their accusation further stated that for the Tamil people, 'Tamil Thai Vazhthu' (Invocation to Mother Tamil) is the most crucial thing and is more precious than the inner spirit, Hence, such a program mocks the state and its people.

The petition demands an immediate ban on the show and the arrest of everyone involved- actor Kamal Hassan and all the contestants.'(ANI)