His Continuance a 'Tolerance': Swamy Takes on Arvind Subramanian Again 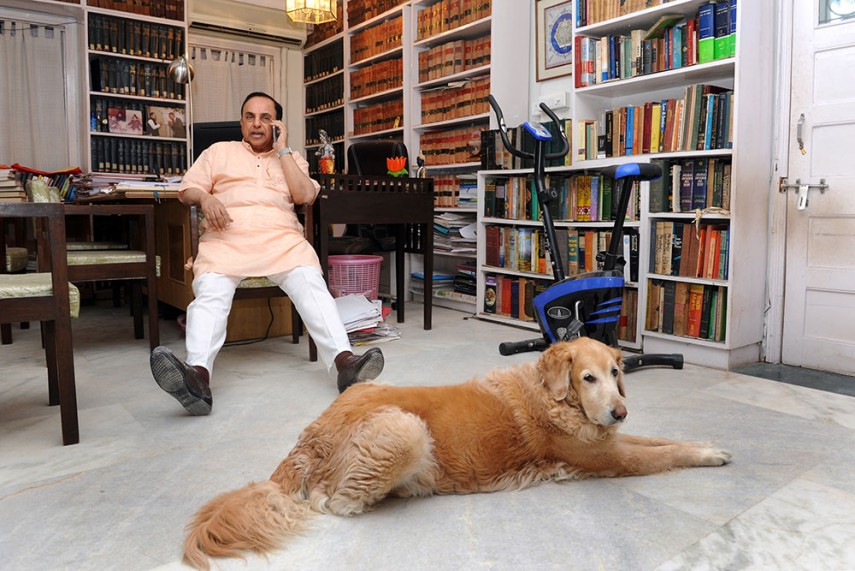 Print
A
A
A
increase text size
Outlook August 21, 2016 17:28 IST His Continuance a 'Tolerance': Swamy Takes on Arvind Subramanian Again

However, the appointment of Kenya-born Urjit Patel's appointment as new RBI Governor getting support of Swamy surprised many as the vocal BJP MP had targetted outgoing RBI Governor Raghuram Rajan saying the former IMF economist was "mentally not fully Indian" and was holding US Green Card.

After Rajan announced that he will not opt for a second term, Swamy had in late June trained his guns on Arvind Subramanian and demanded his sacking for allegedly taking anti-India stance when he was an IMF economist at Washington prior to joining the Finance Ministry.

Finance Minister Arun Jaitley had debunked Swamy's call for sacking Subramanian saying "Government has full confidence in CEA. His advice to government from time to time has been of great value".

Seemingly unrepentant Swamy had then tweeted: "If an Indian, held patriotic, can advise a foreign nation where he works, to twist India's arm, is to be forgiven, then I suspend my demand."

Subramanian was appointed CEA by the BJP government in October 2014 after his predecessor Rajan moved to the RBI as Governor in September 2013.

Swamy had been attacking Rajan over his inflation-centric monetary policy and accused him of being "mentally not fully Indian" as he was in the country on a US Green card.

The government yesterday elevated RBI deputy governor Urjit Patel as the 24th Governor of the Reserve Bank. He will succeed Rajan who demits office on September 4.

When one of the twitterati sought to target Swamy in a tweet saying: "Double standards of @Swamy39, who attacked #RaghuramRajan for being a GreenCard holder though Indian citizen and another for #UrjitPatel", Swamy replied: "If you can't tell the difference then you are in the Buddhu class".

Yesterday, in a string of retweets and replies to his Twitter followers, Swamy said it would be utter "idiotic" to think he would attack Patel because he was born in Kenya.

When one of his Twitter followers criticised Patel for being a Kenyan national, Swamy replied: "He is not Kenyan citizen but was. R3 was born Indian & chose to continue his US Green Card even though in India from 2007."