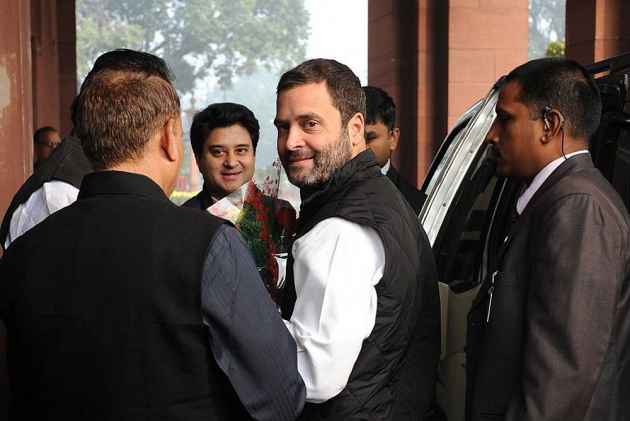 After repetitively being called 'immature' by the Bharatiya Janata Party (BJP), the saffron party once again targetted Congress vice-president Rahul Gandhi on Friday, saying that the latter returned from his maternal grandparents' house without learning anything.

Haryana Sports Minister Anil Vij, while deriding Rahul's recent Italy visit, said that he expected he would derive some wisdom from his visit to his maternal grandparents' house, but he returned "empty-handed."

Continuing his tirade against the Congress vice-president, the Haryana Sports Minister said the grand old party is responsible for the ongoing chaos in Jammu and Kashmir.

"Rahul Gandhi is himself responsible for the present situation in Kashmir. The way Congress ruled the state, made policies and harboured the separatists, it led to such a condition of Kashmir. Rahul Gandhi and Sonia Gandhi should apologise to the nation for this. Prime Minister Narendra Modi, is in fact, trying to curb terrorist and terrorism from the state," he said.

Responding to Rahul's recent tweet on the ongoing counting of demonetised currency, the BJP yesterday said that it highlights his 'immaturity'.

The Gandhi scion has been drawing flak from the politicos as he took to twitter to mock Prime Minister Narendra Modi after the Reserve Bank of India (RBI) said that it is still counting the demonetised notes deposited in the banks.

"GOI looking for a Math tutor. Please apply to PMO ASAP (sic)," he had tweeted. (ANI)