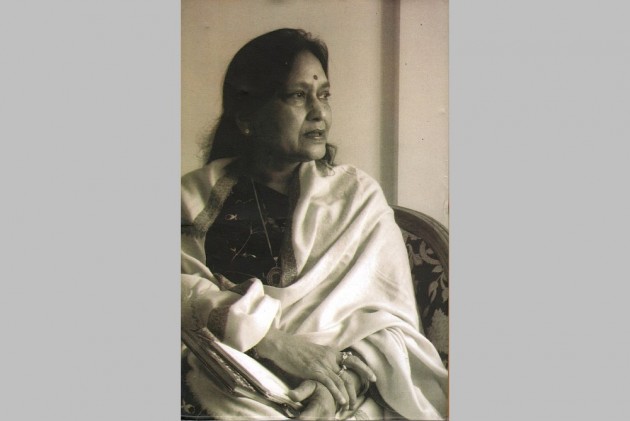 The award instituted by the K K Birla Foundation carries a cash prize of Rs 2.50 lakh. It is given annually to outstanding literary work in Hindi authored by an Indian citizen.

Tripathi commended the author for portraying through poetry the fine emotions between poet Tulsidas and his wife Ratnavalli.

"The author has managed to aptly convey the sentiment of forgiveness between Tulsidas and his wife using very fine language," he said.

Eminent litterateur Vishwanath Prasad Tiwari who presided over the selection committee for the award said Jain's work aptly brought out the emotions of forgiveness and repentance.

"It is a work that is filled with emotions and is of utmost importance in today's technological age where there is no value for 'bhava'," Tiwari said.

The Ambala-born author narrated a recollection of her growing up years in Amritsar.

"She was dubbed a loose character by neighbours and along with other children in the area I too delighted in making fun of her. Later I came to know that she was loathed because she used to live alone. That incident continues to haunt me," Jain said.

The author who was awarded the Padma Shri in 2004 writes in both English and Hindi and has over 100 books to her credit.

The author who retired as the professor and the Head of the department of Humanities and Social Sciences at the Indian Institute of Technology, Delhi said she has been influenced by prolific reading during her student days.

She said writings by R K Naryanan, Mridula Garg, Nayantara Sehgal, Mrinal Pande, and the American novel The Scarlet Letter have influenced her.

Jain began to write at the age of 22 and has published short-stories, novels and poems in Hindi and English.

Her works in English include "A Girl of Her Age" and two short-story anthologies, "A Woman is Dead" and "Eunuch of Time and Other Stories". She has also published seven poetry anthologies besides, a book for children and literary criticism.

The book Kshama was published in 2008.

Previous recipients of the Vyas award include among others Mridula Garg, Kedarnath Singh and Chitra Mudgal.