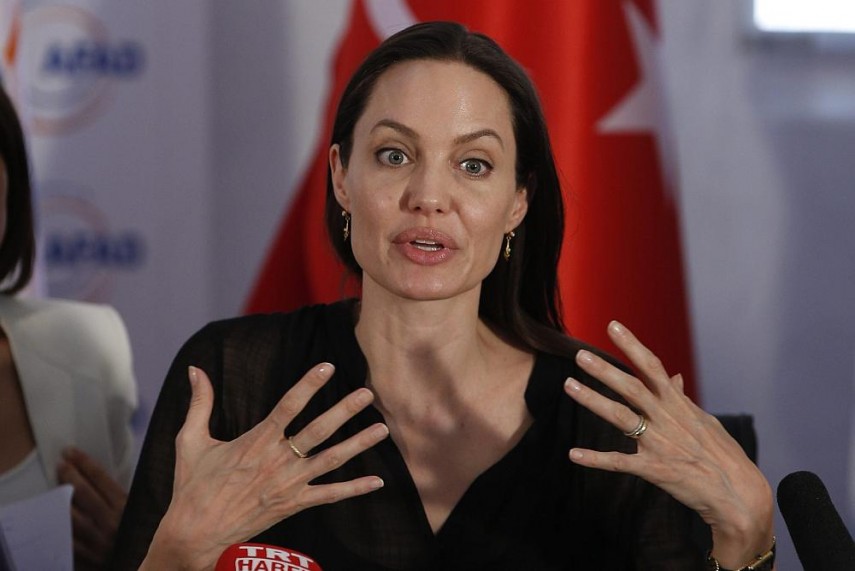 Actress Angelina Jolie has slammed estranged husband Brad Pitt in her new court filing, saying the actor is insistent on sealing divorce documents because he is "terrified the public will learn the truth."

Pitt, 53, asked a Los Angeles Superior Court judge to seal all records relating to their six children, accusing Jolie of compromising their kids privacy by releasing details to the media through public court filings.

According to the new documents, the 41-year-old actress has agreed to keep papers sealed but she strongly disputes the actor's claims that she freely publicized sensitive information, reported People magazine.

"There is little doubt that (Pitt) would prefer to keep the entire case private, particularly given the detailed investigations by the Federal Bureau of Investigation and the Dept of Children and Family Services into allegation of abuse," the new court documents state.

But a source close to the situation said that Pitt has been cleared in all investigations.

"It's nice to see that she has finally come around to supporting the sealing of documents weeks after he requested this action.

"Considering that both the FBI and child services thoroughly investigated this matter and cleared the father, this line of attack doesn't make much sense," a source said.

Jolie was granted full custody of all their six kids on December 2. The Court documents at the time stated that Pitt would continue to have agreed-upon therapeutic visits with the children.