Hearing on Swaraj India's Appeal Put Off Due to Lawyers' Strike 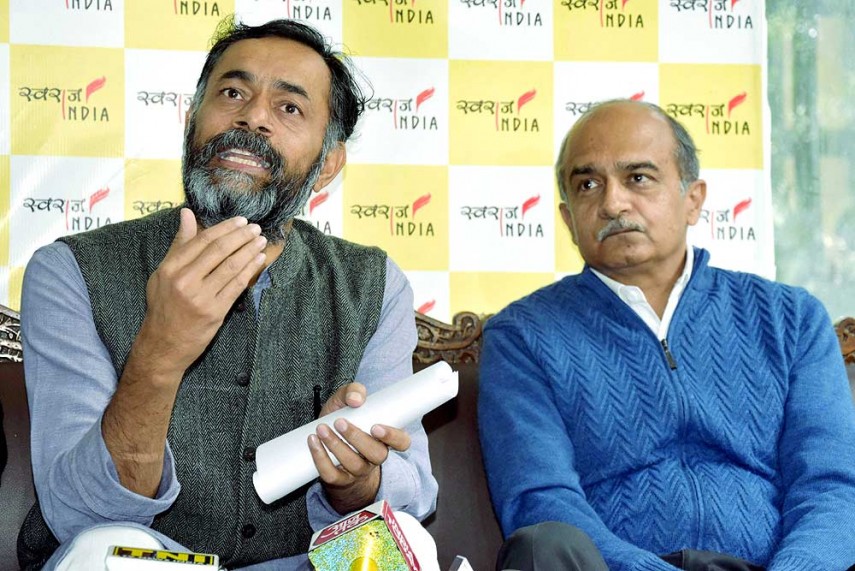 Print
A
A
A
increase text size
Outlook March 31, 2017 16:42 IST Hearing on Swaraj India's Appeal Put Off Due to Lawyers' Strike

The Delhi High Court today fixed for tomorrow the hearing on an appeal by Swaraj India challenging a single judge's order dismissing its plea for allotting a common symbol to its candidates in the MCD polls.

The matter, which came up before the court twice, could not be heard during the day as the counsel for the Delhi State Election Commission did not appear owing to lawyers' strike, and the court refused to pass any any ex-parte order.

Senior advocate Shanti Bhushan, who appeared for Swaraj India, sought the court's intervention saying it is an urgent matter and the last date for filing nomination papers for polls is April 3.

A bench of justices Sanjiv Khanna and Chander Shekhar said it cannot pass any ex-parte interim order in this kind of a case and questioned why the outfit had approached the court "so late". It then listed the matter for hearing tomorrow.

"As lawyers are abstaining from work, none appeared for the respondents in the morning and even at 2:15 PM when the matter again came up for hearing. List the matter for hearing tomorrow," the bench said.

During the brief hearing, the bench asked the petitioner's counsel as to why they have filed the petition when the polls are nearing.

"What can we do at this stage? Why did you come to court so late as also observed by the single judge in its order?," the bench asked.

"It is virtually impossible to deal with this matter at such a short span. At best we can issue notice. We cannot issue any ex-parte order," it said.

Swaraj India in its appeal has said that it had urged the Delhi State Election Commission and the single judge that a common symbol be allotted to registered unrecognised parties so that a level playing field is created in the elections.

It said ECI has created a level playing field by allowing common symbols to be granted to registered unrecognised parties in case of Assembly and Parliamentary elections.

The single judge on March 29 had rejected the party's plea for common symbol asking it to first "make a place for itself under the Sun" and "prove its mettle".

Justice Hima Kohli had rejected its claim that denial of a common symbol to it was a violation of its fundamental rights under the Constitution, and had said that "the right to elect and be elected is a statutory right and not a fundamental or common law right".  The judge had said that the party, which was formed last year and registered in February this year, was not entitled as a matter of right to claim exclusive allotment of a common symbol for the benefit of its candidates for the MCD polls.

"Instead, its candidates are required to choose from one of the free symbols notified by the SEC," the court had said and added that in view of this legal position, the party "cannot raise a grievance it was being discriminated against".

It had said Swaraj India had approached the court once the election process was "well under way" and therefore, it was "too late in the day" to grant the relief sought by the party.

The single judge's verdict had come on the party's plea challenging the Delhi poll panel's decision not to allot a common symbol to it to contest the upcoming MCD polls.

Swaraj India had also sought quashing of the panel's March 14, 2017 notification and an April 2016 order which had said the nominees of such parties would be treated as independent candidates for allotment of symbols.

Swaraj India was floated in October last year by Yogendra Yadav and advocate Prashant Bhushan, who were expelled from the AAP after they questioned Arvind Kejriwal's leadership.