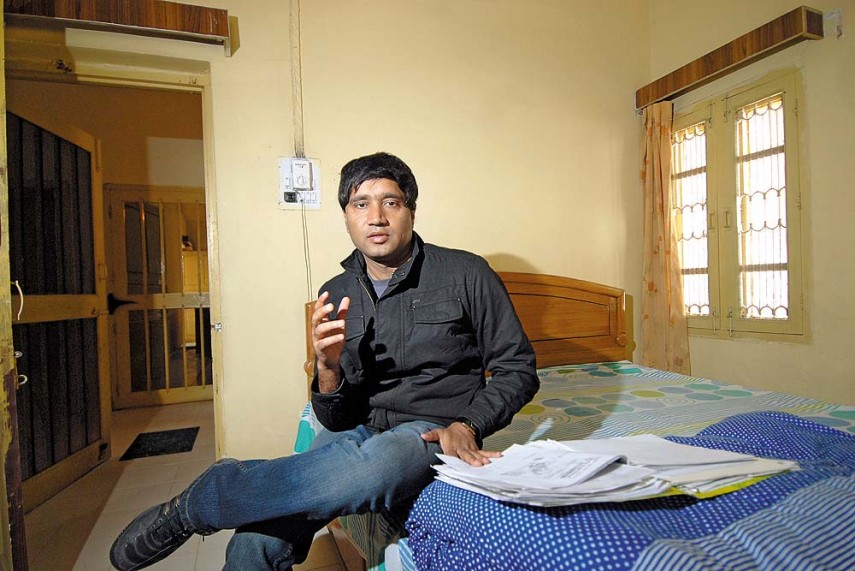 The ex-Chief Vigilance Officer (CVO) of AIIMS today accused the Health Ministry of not doing anything in several graft cases relating to the institution by allegedly sitting over charge sheets and CBI reports against the individuals involved.

Ex-CVO of AIIMS, Sanjeev Chaturvedi made the accusation in an affidavit filed before the Delhi High Court in a PIL by an NGO seeking recusal of the Union Health Minister from acting as a disciplinary authority, alleging that he had "unfettered powers to influence the course of proceedings in all the corruption cases".

The PIL by NGO Centre for Public Interest Litigation (CPIL) has also sought a CBI probe into various graft cases in AIIMS.

Health Minister J P Nadda had earlier told the high court that the PIL was "actuated by ulterior motive" to gain political mileage and "malign" the government's image.

He had, in his reply to the PIL before a bench of Chief Justice G Rohini, refuted allegations that Chaturvedi was removed from the post as he was conducting a probe in several corruption cases related to various malpractices in AIIMS.

He also refuted as false and frivolous the allegation that as a result of Chaturvedi's removal, the graft cases involving officials close to the minister are being reviewed and have slowed down.

Chaturvedi has claimed in his affidavit that the Health Ministry has not replied since February 2 on Central Vigilance Commission (CVC) letter seeking the ministry CVO's comment on whether they have taken any action on CBI's case registered against some individuals.

"This affidavit is being filed just to place on record CVC letter dated February 2, 2016 to respondent 4 (CVO, Health Ministry) seeking status report about action taken on major corruption cases of institute, including the present Director, AIIMS and fact that till date same is unattended by the Health Ministry," he said.

Earlier, Chaturvedi had claimed in his first affidavit that the previous Health Minister Dr Harsh Vardhan as well as CBI had recommended major penalty proceedings against some AIIMS officials in connection with alleged irregularities in construction of port-a-cabins at Jhajjar campus of the institute but no action had been taken.

He said that he came to know about the recommendations through Right to Information queries and contended that the lack of action "reflects the nexus" between the accused and Nadda.

The Ministry of Health and Family Welfare in its reply had also termed as "incorrect" that after Chaturvedi's removal as CVO, no vigilance office is functioning at AIIMS as a Joint Secretary-rank official has been assigned charge of the post.

AIIMS, on its part, had said the PIL has been filed in "personal interest" of the NGO and with a view to damaging the reputation of the institute.

It has alleged that "in many cases, probe has been slowed down" relating to serious irregularities including "wastage in purchase of surgery equipment and other medical items, use of fake propriety certificates in purchases, irregularities in recruitment, in computerisation work, breach of confidentiality in exam process, unauthorised foreign visit of senior faculty members in violation of MCI regulations".