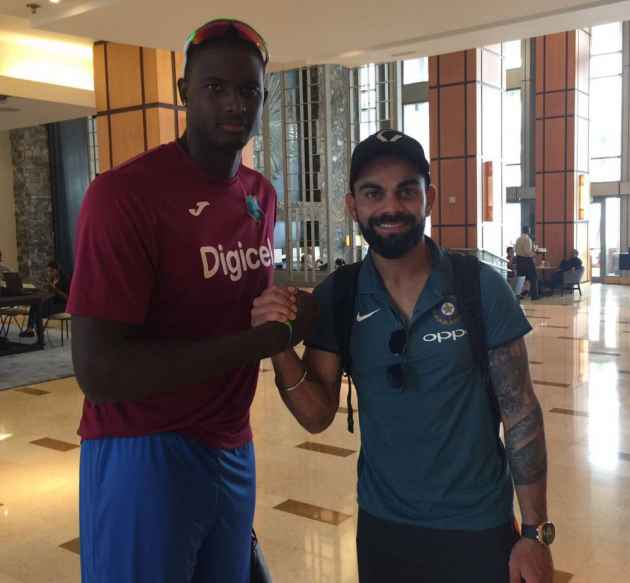 The Indian cricket team arrived here for a limited-overs series against the West Indies amid the off-field drama surrounding Anil Kumble's resignation as head coach following a rift with captain Virat Kohli.

The West Indies Cricket Board (WICB) posted a photo of Kohli and opposition captain Jason Holder at the team hotel.

India, who lost to Pakistan in the Champions Trophy final at The Oval on Sunday, start favourites for the series comprising five ODIs and a T20 International.

The series-opener will be played here on Friday.

While Kumble has given his side of the story, Kohli is yet to speak about the differences with the former Indian spinner, who stepped down yesterday as the team boarded the flight to the Caribbean from London.

Batting coach Sanjay Bangar and fielding coach R Sridhar have travelled with the team to the West Indies.

West Indies, currently ninth in the ODI rankings, failed to qualify for the Champions Trophy where the top eight teams battled it out for top honours.

India had toured the West Indies last year for a four- match Test series which the visitors won 2-0.

It was Kumble's first assignment after taking charge as head coach.