Print
A
A
A
increase text size
Outlook May 18, 2015 20:21 IST HC Stays Examination of More Witnesses Against Chautala's Son

A bench of Justice Manmohan Singh stayed the recording of prosecution witnesses' testimonies till May 25, after Abhay Chautala alleged that "great prejudice would be caused" to him if CBI's plea was allowed.

"The trial court order is stayed. Stay the examination of the new prosecution witnesses till May 25," the court said and asked the investigating agency to file status report within a week.

The agency had previously listed over 100 witnesses and more than 78 documents in the chargesheet filed against the INLD leader in March 2010.

The CBI had registered a case of disproportionate assets against INLD chief and former Haryana Chief Minister O P Chautala and his sons Ajay and Abhay on a complaint of Congress leader Shamsher Singh Surjewala.

In its chargesheet, the agency also accused Chautala of possessing 189 per cent more assets than his legal income between 1993-2006.

Chautala and his son Ajay are yet to file appeal against the trial court's decision.

In 2013, the CBI had moved a plea to lead 80 additional prosecution witnesses and 15 documents which the agency claimed could not be filed earlier due to oversight.

The fresh witnesses include several names from the income-tax department, NDMC, Haryana Vidhan Sabha secretariat officials, BSNL and CBI officials, among others.

The Additional Commissioner of Income Tax at Chandigarh and two director level officials from the New Delhi Municipal Council (NDMC) are also included in the list of witnesses.

Opposing the trial court decision, Abhay's counsel argued that "great prejudice would be caused" to his client if CBI's plea was allowed since "it would mean facing a new trial."

Chautala and Ajay were sentenced to ten years jail term early this year by high court in the 1999-2000 junior teacher recruitment scam. 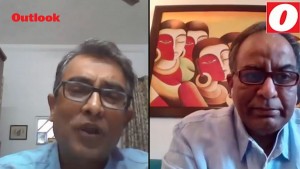