HC Stays Arrest of Bhansali, Others Over Ramleela 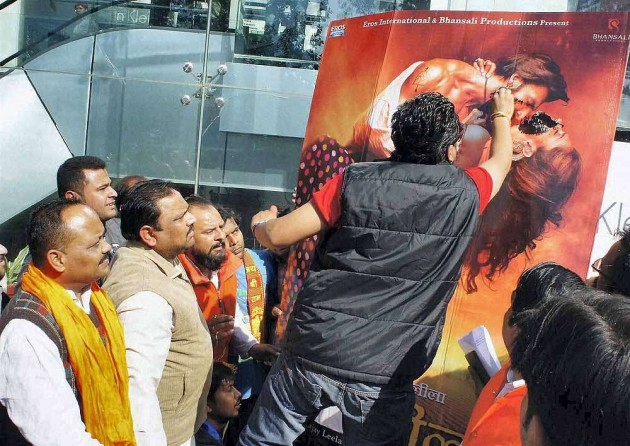 Print
A
A
A
increase text size
Outlook May 21, 2014 23:06 IST HC Stays Arrest of Bhansali, Others Over Ramleela

The Allahabad High Court today stayed the arrest of Bollywood film-maker Sanjay Leela Bhansali and actors Priyanka Chopra, Deepika Padukone and Ranveer Singh in connection with a case lodged against them for allegedly hurting the religious sentiments of Hindus through a movie they were associated with. A Division Bench, comprising Justice Arun Tandon and Justice Shashi Kant, passed the order on a petition by Bhansali and others who had sought a stay on their arrest in connection with an FIR lodged at Bhamaure police station of Bareilly under sections of the Indian Penal Code relating to causing hurt to religious sentiments.

The FIR was lodged following a direction of a Bareilly court in November, 2013, after a resident there had sought filing of a criminal case against the film personalities associated with last year's blockbuster Galiyon Ki Rasleela Ram Leela.

While the movie was directed by Bhansali and Chopra had played a guest role, Padukone and Singh were in the main lead.