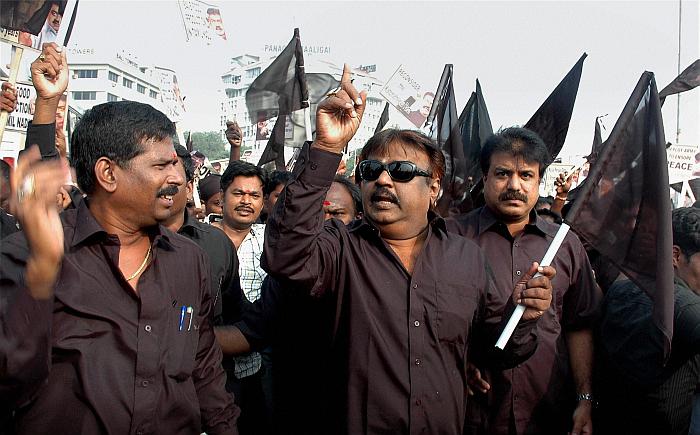 In a relief to DMDK founder leader Vijaykanth, the Madras High Court today stayed further proceedings in 14 defamation cases filed against him and his wife by the Tamil Nadu government in different courts in the state.

Passing the interim order while admitting the petitions filed by Vijayakanth and his wife Premalatha seeking to quash the cases, Justice P N Prakash granted the stay on further proceedings in all the cases and also dispensed with their personal appearance in the trial courts.

In their petitions, the couple submitted that they were filing the petitions following the recent order of Supreme Court which while upholding defamation laws had directed them to approach the high court for quashing the cases filed against them during the previous AIADMK regime.

They challenged the Criminal Procedure Code provision which empowers the government to give sanction to the public prosecutor to file criminal defamation cases.

They contended that in the absence of criminal intention, mere speaking and sharing or exposing of truth in a bona fide manner in public by a citizen or by a opponent political leader against government official or another citizen does not constitute any offence.

Noting that the relationship between a citizen and the government was like a mother and son, the petitioners said when a son raises his voice for his rights and needs, only his real mother will appreciate and never intend to punish him for imprisonment.