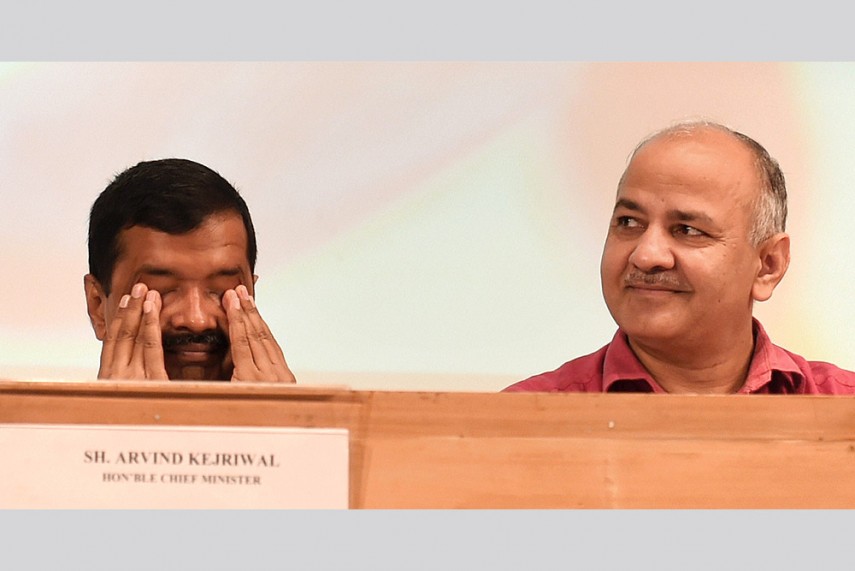 A bench of Chief Justice G Rohini and Justice Sangita Dhingra Sehgal passed the order after the counsel appearing for Delhi government "conceded" that the March 13, 2015 order was issued without taking concurrence or views of Lieutenant Governor.

Senior advocate Sudhir Nandrajog, who appeared for Delhi government, referred to the August 4 judgement passed by the High Court which had quashed several notifications issued by AAP government on the ground that they were issued without taking concurrence of the LG.

"Today I have to concede that the judgement (of August 4) stands against me (Delhi government)," Nandrajog told the bench.

Taking into consideration the submissions advanced by the Delhi government, the bench said, "the impugned order of the GNCTD is set aside."

During the brief hearing, Additional Solicitor General Sanjay Jain told the bench that the Election Commission was also seized of the matter pertaining to the appointment of 21 legislators as parliamentary secretaries.

In its August 4 judgement, the High Court had held that Delhi was a Union Territory and LG remained its administrative head.

The Centre had on July 13 opposed the appointment of 21 parliamentary secretaries by the Aam Aadmi Party government, saying the post neither finds place in the Constitution, nor does it find a place in the Delhi Members of Legislative Assembly (Removal of Disqualification) Act of 1997, except for the post of Parliamentary Secretary to the Chief Minister. (more)

The Ministry of Home Affairs (MHA) had told the court that such an appointment was "not covered by the law."

The MHA had made the submission in an affidavit filed in response to the court's notice to the Centre on an NGO's PIL seeking quashing of Chief Minister Arvind Kejriwal's order appointing 21 AAP MLAs as Parliamentary Secretaries.

In its affidavit, MHA had also said that Delhi government had tried to legalise the appointment of the 21 parliamentary secretaries by amending the Delhi Members of Legislative Assembly (Removal of Disqualification) Act, but the President has withheld his assent to the measure.

On the last date, the high court had fixed the matter for hearing today after the Delhi government said that a petition has been moved before Election Commission for disqualification of the 21 MLAs and the poll panel has issued notice in that.

On October 7 last year, the AAP government had defended its order appointing the parliamentary secretaries, saying this was done to assist the ministers and ensure its harmonious functioning.

The AAP government had told the court that no office akin to the Council of Ministers has been created and no additional hierarchy was being imposed upon the legislative assembly.

It had also stated that the parliamentary secretaries were not given any access to confidential documents which are exclusively within the domain of the Minister.

The NGO Rashtriya Mukti Morcha had claimed in its plea that the Chief Minister had issued "unconstitutional and illegal order" in gross violation of the constitutional provisions and the Transaction of Business of the Government of the National Capital Territory of Delhi rules, 1993.

Denying the NGO's allegation, the Delhi government had said it was not bypassing the statutory functions of the LG.