Have Nothing to do With Rationalists Who Don’t Believe in Lord Ram: Amish 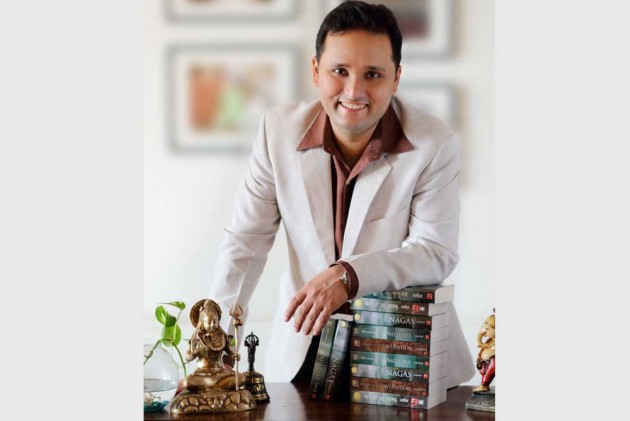 Print
A
A
A
increase text size
Outlook July 12, 2015 14:00 IST Have Nothing to do With Rationalists Who Don’t Believe in Lord Ram: Amish

Amish Tripathi, celebrated author of just released Scion Of Ikshvaku, says he has "nothing to do" with either rationalists or Leftists who raise questions on the very existence of Lord Ram, nor would he force them to believe in His existence.

"There are people (Leftists and Rationalists). I tell myself boss I have nothing to do with you all, but have something to do with Lord Rama. If you don't believe in Him, it is okay but I wouldn't force them to believe in Lord Rama's existence," Tripathi told PTI.

Scion Of Ikshvaku, is a mythological book based on Rama, the legendary Indian king regarded as an incarnation of Vishnu.

Tripathi said there is no point getting angry with Leftists either, because he doesn't believe in speaking ill of anyone, but focuses on good work lying before him.

"There is no point getting angry because my outlook is why should we get affected by what others are saying. Even if somebody speaks ill of my father, I would still love and worship him or her. That's exactly the feelings I have for Lord Rama," said Tripathi who was here at the launch of Scion Of Ikshvaku organised by Sapna Book House Private Limited.

Asked how relevant are Lord Shiva and Rama in these times, Tripathi said his characters are relevant for all eras.

Tripathi said his Shiva trilogy has changed the mindset of the English publishing industry and has created a huge market for Indian philosophy and mythology.

"I stopped counting after my maiden work was rejected by 20 publishers. Probably, there was a biased mindset in the English publishing industry. Publishers told me the book cannot be sold in English because readers love reading about college love stories and scandals. That is why they rejected it. By god's grace it sold," he said.

"Now, after my Shiva Trilogy there is a change in the English publishers' mindset, I must admit. There are many mythological books coming out - that makes me feel happy."

Asked which Indian philosophy appeals him the most, Tripathi said Advaita philosophy because it makes a person feel one with God.

"The core philosophy of Advaita philosophy is to understand that there is no duality. This is a very empowering philosophy because you feel you are one with God. Advaita is trying to teach you how be detached. You can handle things with detachment, but you have to fulfil duties of wife and children," he said.

However, Tripathi said he does not reject Charaka or Sankhya philosophies as the Indian approach to philosophy is respect and learn from other philosophies.

Asked if he anytime gets agitated on books written by Leftists against Indian philosophy and mythology, Tripathi said he strongly disagrees with them but acknowledges their right to freedom of expression.

"I disagree with some of these (Leftists) writers, but at the same time I acknowledge their right to freedom of expression. We are not living in Pakistan," he said. "Moreover, my mother always tells me - "don't speak bad of others, only do your good work," he added.

"Karan Malhotra, director of Agneepath - he and his wife Ekta - they are writing the script," he said.