Haunted by 1984, Kamal Nath Quits as Cong In-Charge of Punjab 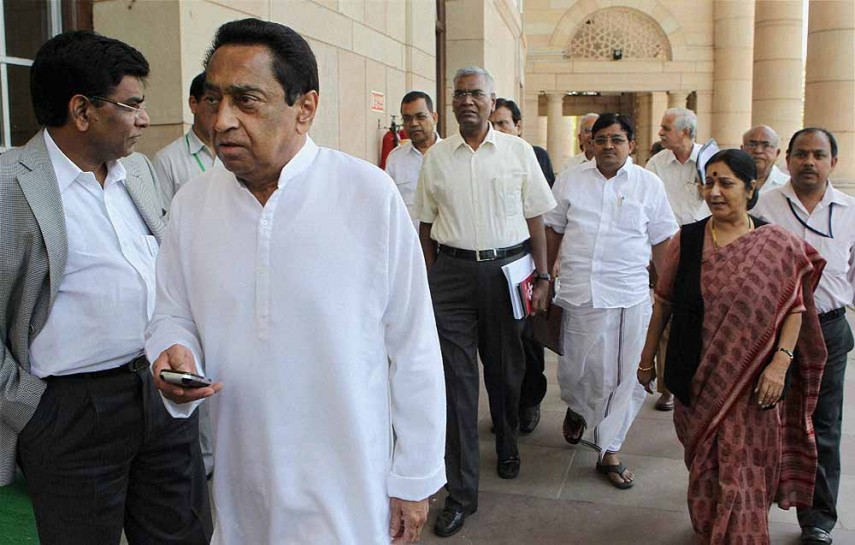 With his alleged role in 1984 anti-sikh riots haunting him, senior Congress leader Kamal Nath tonight gave up charge of Punjab assigned to him three days ago, in a clear bid to control damage in the coming Assembly polls as rivals have been raking up the issue.

He wrote a letter to Congress President Sonia Gandhi who immediately accepted his resignation and relieved him of his charge as party General Secretary.

Nath, who was appointed as the General Secretary in-charge of Punjab as well as Haryana only three days back, said in his letter to Gandhi, ".. I request that I may be relieved of my charge (of Punjab) to ensure that the attention is not diverted from the real issues facing Punjab."

The former Union Minister said he was "hurt by the developments of the past few days wherein an unnecessary controversy has been created around the tragic 1984 riots in New Delhi."

His step came as Akali Dal, BJP and AAP had kept up attack on him and the Congress over his alleged role in the anti-Sikh riots which followed the assassination of Indira Gandhi. Describing his appointment as 'sprinkling of salt on wounds' of Sikhs, the three parties were set to rake up the issue in the run up to the Assembly polls slated next year.

Kamal Nath insisted that there was not even any public statement, complaint or FIR against him till 2005 in the riots case and that he had been absolved subsequently by the Nanavati Commission set up by the previous NDA government.

"This canard is therefore nothing but a cheap political ploy to gain traction ahead of the elections.... Certain elements are raking up these issues now only for political gains," he wrote to Gandhi.

Expressing gratitude to Gandhi for appointing him as General Secretary in-charge of Punjab, the Congress leader wrote, "I am practitioner of Nehruvian politics and maligning of the Congress party using false accusations is unacceptable to me."

"I wish the party to focus on the upcoming elections and highlight the issues of misgovernance, misery of the farmers and youth, break down of law and order and rampant drug trade that caused untold misery to the people of Punjab."