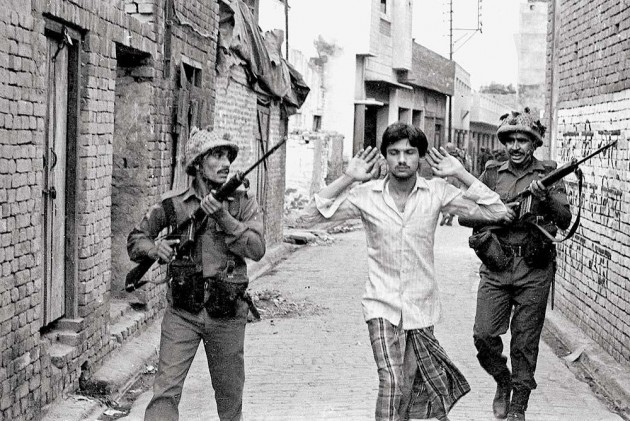 Delhi High Court today said it will start hearing in March arguments by BJP leader Subramanian Swamy, NHRC and the family members of victims and survivors of the 1987 Hashimpura massacre on the need for additional evidence.

A bench of justices Gita Mittal and Anu Malhotra decided to take up the applications for additional evidence after the lawyers for the accused in the case opposed the plea.

During the hearing, Swamy said he wanted to examine the then District Magistrate (DM), who is now an election officer, and also the then SSP of the district who has since retired. He claimed that a then minister of state in the central government was present in the district at the time of the incident, which could be confirmed by examining the DM.

The lawyer for one of the survivors said he wanted to re -summon some witnesses including family members of victims and the driver of the truck used in the incident, to ascertain identity of the Provincial Armed Constabulary (PAC) personnel who had committed the massacre in which 42 people were killed.

Meanwhile, National Human Rights Commission (NHRC), which has intervened in the matter to seek further probe into the incident, said the Uttar Pradesh government in its affidavit of January 4 has not said on whose direction the "weeding out" or "destruction" of documents, like duty and attendance registers and log books of that day, had taken place.

NHRC counsel, Vrinda Grover, said the affidavit also does not identify the personnel of the PAC platoon which was on duty at the Hashimpura locality of district Meerut, and instead a list of the entire PAC battalion which was on duty on that date was provided.

However, advocates Zafaryab Jilani and Ramkishor Singh Yadav, who appeared for the state government, said the list contained the names of the platoon personnel also.

The bench, thereafter, said the list was not clear and asked the UP government lawyers to file a typed copy of the list before the next date of hearing on March 2. (More) On the last date of hearing on December 15, the court had expressed concern over claims of destruction of evidence regarding the identity of police personnel who were involved in the massacre.

The bench had termed it "painful" that despite 42 people losing their lives in the massacre, the state government did not have the records on to whom the weapons and bullets were issued on that day.

It was earlier argued on behalf of NHRC and the victims that investigation by the state was shoddy and the UP government had not furnished documents to establish the identity of the accused.

On March 21, 2015, a trial court had given the benefit of doubt and acquitted 16 former PAC personnel accused of killing 42 people in Meerut, saying lack of evidence has failed to establish their identification.

Nineteen people were named as accused and charges of offences of murder, attempt to murder, tampering with evidence and conspiracy were framed against 17 of them by the court here in 2006, after the case was transferred to Delhi on a Supreme Court direction in September 2002 following a petition by the families of the massacre victims and survivors.

16 accused acquitted in the case were alive while three had died during the trial.