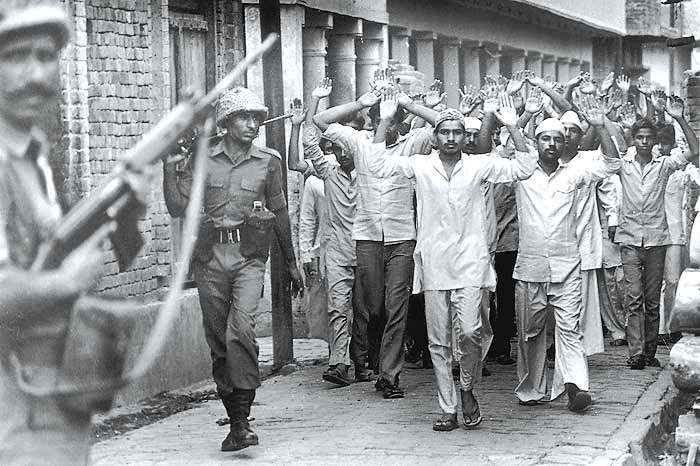 All 16 accused Provincial Armed Constabulary personnel in the 1987 Hashimpura massacre case were today acquitted by a Delhi court of charges related to the killing 42 Muslims who were picked up from a village in UP's Meerut, with the judge giving them benefit of doubt.

"All accused acquitted. I give them benefit of doubt for want of evidence especially regarding their identity," Additional Sessions Judge Sanjay Jindal said.

The court has referred the case to the Delhi State Legal Services Authority for rehabilitation of victims who have been truly identified.

All the 16 accused, who have been acquitted, were Provincial Armed Constabulary (PAC) personnel at the time of the incident.

Except Mahesh Prasad and Kunwar Pal Singh, all were present in court and have been out on bail.

The court had on February 21 fixed its verdict for today after seeking some clarifications from the counsel for the prosecution, accused and victims.

The court had earlier reserved the judgement on January 22 after hearing final arguments.

According to the prosecution, represented by Special Public Prosecutor Satish Tamta, Provincial Armed Constabulary (PAC) personnel had come to village Hashimpura on May 22, 1987, and picked up about 50 Muslims as a congregation of 500 had gathered outside a mosque there.

The victims were shot by the accused personnel and their bodies thrown into a canal, it had said, adding 42 persons were declared to have perished in the massacre.

The charge sheet was filed before the Chief Judicial Magistrate (CJM), Ghaziabad, in 1996.

19 people were named as accused and charges for offences of murder, attempt to murder, tampering with evidence and conspiracy were framed against 17 of them by the court here in 2006 after the case was transferred to Delhi on a Supreme Court direction in September 2002.

The 16 accused acquitted today are the ones still alive.

The CB-CID of Uttar Pradesh police, which probed the case, had listed 161 people as witnesses.