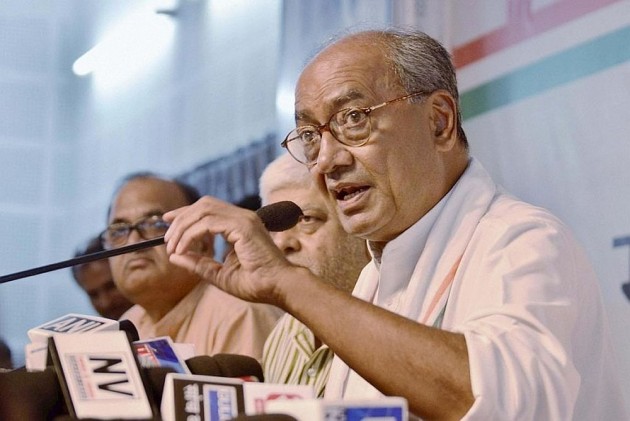 Congress leader Digvijaya Singh on Friday hit out at the Central Bureau of Investigation (CBI) and questioned the role of the national agency over the probe in a case registered against a loan defaulter, who allegedly has connections with the Bharatiya Janata Party (BJP).

This comes after Singh in April 2016, wrote a five-page letter with 17 annexes to Finance Minister Arun Jaitley, singling out a case of willful defaulter, Siddhi Vinayak Logistic Limited, who delayed the repayment of a loan and in his explanation letter to the bank by flaunting his close connection with Prime Minister Narendra Modi.

"As I had raised this issue with FM and now action has been initiated by CBI I won't be surprised if CBI registers another against me !," he added.

Singh in his tweet claimed that the owner of Siddhi Vinayak Logistic Limited, RC Baid was part of the Prime Minister Narendra Modi's campaign for the 2014 General Elections and questioned whether the CBI and the Enforcement Directorate (ED) would investigate the case or not.

"I have doubts about it as he was a part of Modi campaign in 2014 elections," he twitted.

"Now that the case is being investigated by CBI and ED would both of these agencies go all the way to investigate RC Baid's BJP connections?," he added.

Meanwhile, Singh is already under CBI's scanner for being involved in a campaign targeting Madhya Pradesh Chief Minister Shivraj Singh Chouhan over the Vyapam scam