Haryana Govt to Challenge Acquittal of 117 Workers in Maruti Case 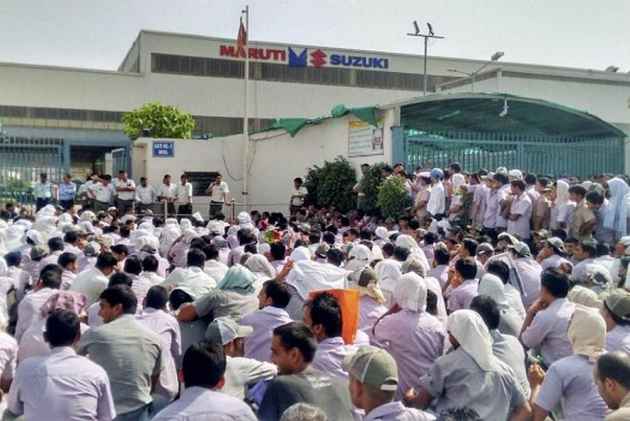 Print
A
A
A
increase text size
Outlook June 08, 2017 18:36 IST Haryana Govt to Challenge Acquittal of 117 Workers in Maruti Case

The Haryana government will challenge the acquittal of 117 former workers of Maruti-Suzuki by a Gurugram trial court, in connection with the killing of an HR officer at its Manesar plant, in 2012.

The trial court in Gurugram had, in March this year, convicted 31 employees of Maruti Suzuki India Limited (MSIL), including 13 on charges of murder, for the violence, in which more than 100 other employees had suffered injuries.

Haryana's Advocate General Baldev Raj Mahajan today said an appeal against the verdict had been prepared and would be filed before the Punjab and Haryana High Court once the court vacations get over.

"We have decided to file the appeal against the lower court's verdict (against acquittal)," Mahajan said.

Besides challenging the acquittal, the state government will also seek enhancement of sentence of the 18 workers convicted for rioting, trespassing, causing hurt and other related offences, in which they have been given jail terms ranging from 3-5 years.

Violence had erupted at the Manesar facility in August 2012 over disciplinary action against an employee, during which agitated workers went on rampage, torching a part of the factory, setting senior human resource manager Dev on fire, and beating up and bludgeoning with rods 100 others.

A total of 148 workers were arrested and charged with the murder of senior HR officer A K Dev.