Harsimrat's Charge of My Misbehaviour With Her 'Wild': Ramesh 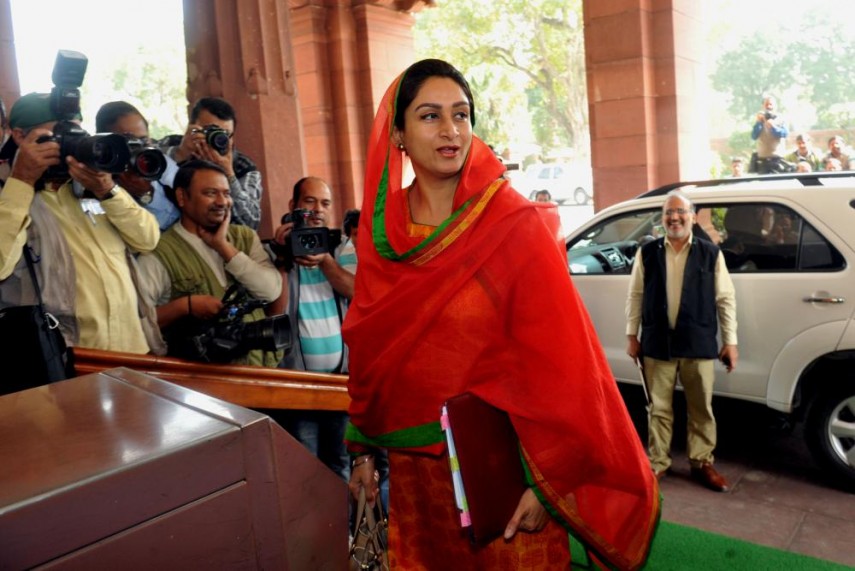 Print
A
A
A
increase text size
Outlook July 25, 2016 22:11 IST Harsimrat's Charge of My Misbehaviour With Her 'Wild': Ramesh

Congress leader Jairam Ramesh today rejected as "wild" the charge by Union minister Harsimrat Kaur Badal that he "misbehaved" with her after Rajya Sabha had been adjourned for the day on Friday and said instead of her apologising she is seeking an apology.

Badal has written to Rajya Sabha Chairman Hamid Ansari seeking "stern action" against Ramesh and another party MP Renuka Chaudhary, accusing them of using "derogatory language" against her which "violated her dignity both as a woman and a minister".

Shiromani Akali Dal member Sukhdev Singh Dhindsa also moved a privilege motion against the two in Rajya Sabha and it is pending before the Chairman.

"I am sorry that the honourable minister and a senior leader from Punjab has levelled wild allegations against me. I didn't say anything offensive," he told reporters.

Ramesh said he and Renuka will explain their positions to the Chairman when asked.

The Congress leader said he still stood by what he had said to the Minister on July 22.

"I told her that she is a minister but her attitude does not conform to the dignity of a minister, that Rajya Sabha could not do anything about the offensive act of a member of another House except condemn it, and that she was deliberately doing what she did to scuttle the passage of private member's bill on special status for Andhra Pradesh. If using words like dignity, scuttle and sabotage are offensive, I can't say anything," he said.

In the Rajya Sabha, Dhindsa demanded that the two apologise for their behaviour or face privilege motion. He said a minister has the right to speak in any House and the permission for it was an issue strictly between the Chair and minister.

Badal had sought permission of the Chair to speak on AAP MP Bhagwant Mann's act of making a video of Parliament, he said and asked "What right do they have to obstruct?" Dhindsa also alleged that the two had misbehaved with Badal outside the House.

Deputy Chairman P J Kurien said the Chairman was seized of the matter and, if he desired, the concerned parties will be called.

Sources said Ansari is looking into the complaint and has asked for the other side's version. He is likely to seek the version of some independent members too before initiating further action.

Ansari has also sought to hold a meeting of Ramesh, Chowdhury and Badal, but the SAD leader was not available today and it will be held later.

The alleged incident happened soon after Rajya Sabha was adjourned on Friday afternoon over ruckus created by the treasury benches on Mann's actions.