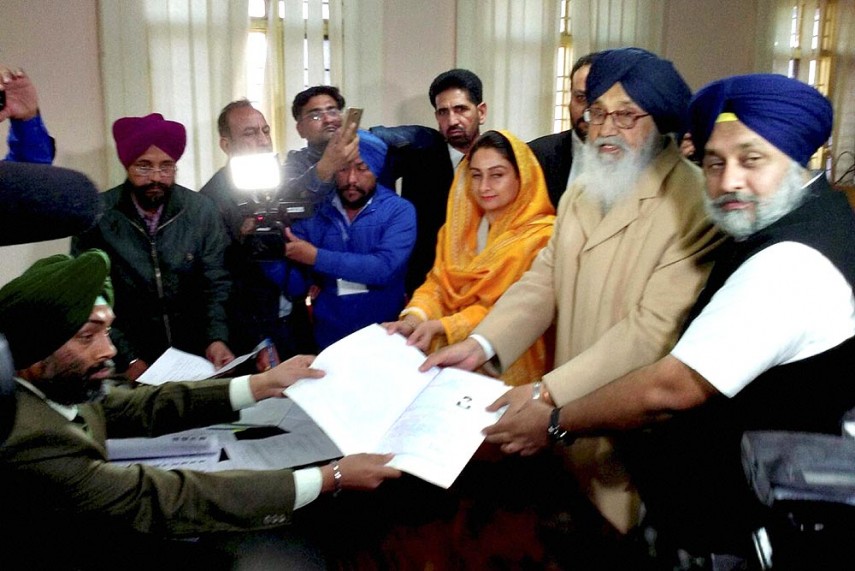 Claiming that there was a "secret seat-sharing arrangement" between AAP and Congress, SAD asked them to forge a pre-poll alliance for Assembly polls instead of nurturing the "unholy nexus".

In a statement, Union minister and SAD leader Harsimrat Kaur Badal said the "secret arrangement" between Arvind Kejriwal and PPCC chief Amarinder Singh and his high command in Delhi has already been "exposed".

She said the "open rebellion" by the Congress cadre in the state has exposed their plans of fielding weak candidates against each other.

She said Congress had fielded weak candidates against AAP and the new-entrant in the state politics has reciprocated in similar fashion.

She claimed "this arrangement" was put in place so that both parties could forge post-poll alliance and form the next government in the state.

The SAD leader said the fact is that both the "post-poll partners of Delhi" want to befool the people of the border state on the pattern of the national capital.

AAP and Congress had formed a post-poll alliance after the Kejriwal-led party had fought its first ever election in the national capital.

She said it is prerogative of the people to reject or accept any party or alliance.

She reminded Amarinder that not a single "controversial incident" has occurred in Punjab between 2007 to 2014 but after the emergence of AAP the state was hit by a series of incidents including "desecration of Guru Granth Sahib".

Referring to the anti-Sikh riots, She said what Congress did in 1984 in Delhi and other parts of nation, AAP wants to repeat in Punjab.