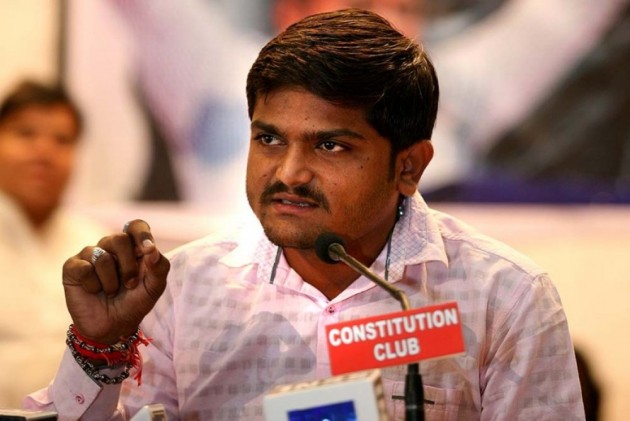 Quota agitation spearhead Hardik Patel on Sundya slammed the Centre for its demonetisation move, claiming it only increased the hardships of the common man.

Addressing a massive rally of his community in Bhayavadar town of Rajkot district through video conference, Patel claimed that the Centre's move to scrap Rs 500 and Rs 1,000 notes increased the hardships of poor people.

The fire-brand leader claimed that only these (poor) people are seen in the queues outisde banks and not those who are having connections with politicians.

"Many of you must have stood in long queues during the last few days. I wonder how many of you saw a politician in the queue. Have you seen any relative of a minister or party leader? You will only find poor farmers and citizens, who are struggling to make both ends meet, in those queues," he said.

"This move has only increased the hardships of poor people. Those who are in power must not forget if you bring tears in the eyes of farmers, youths and labourers, a revolution would come and people in power would be thrown out" Patel said.

On November 8, Modi had announced the decision to demonetise Rs 1,000 and Rs 500 currency notes.

Patel also urged his community members to uproot the ruling BJP in the Gujarat Assembly polls scheduled next year.

"I urge you to continue the agitation. No one can stop us from getting our right if we stay united. We will not sit quiet till we get reservation. I am coming back to Gujarat on January 17 to join our movement" he said in the video conference from Udaipur in Rajasthan.

While granting him bail in two sedition cases in July this year, Gujarat High Court had put a condition that he will have to stay outside Gujarat for six months, starting from July 17.

Hardik asked his community to not to forget the injustice and atrocities meted out to them by BJP-ruled Gujarat government.

He urged the Patel community to teach a stern lesson to the BJP in the upcoming Assembly polls.

"We should not forgive those who were responsible for the deaths of 14 Patel youths during our stir last year. I urge you not to let any BJP leader enter in your area. Time has come to teach them a lesson by uprooting them in 2017. If Patels can bring them to power, we also have the power to throw them out," said Hardik.