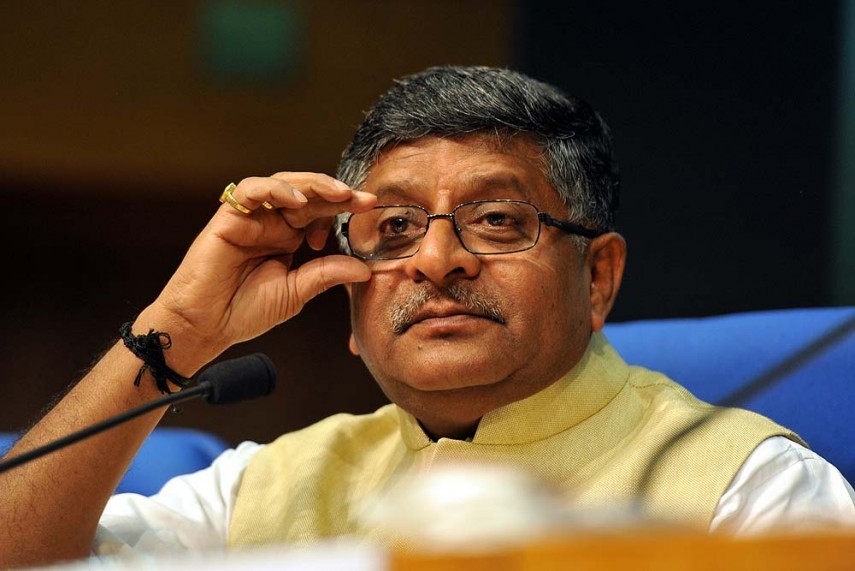 Print
A
A
A
increase text size
Outlook May 05, 2017 17:11 IST 'Happy That Our Country Has Provision of Death Penalty,' Says Law Min Ravi Shankar Prasad

Law Minister Ravi Shankar Prasad today favoured the existence of death penalty in the statutes, saying he was satisfied that it was invoked in the rarest of rare instance like the December 16 gangrape case, over which there was a public outcry.

He hailed the Supreme Court verdict confirming the death sentence for the four convicts, dubbing it as a "victory of the rule of law."

"It's a big day for the country's rule of law. There was a public outcry and tension in the country regarding this case. People were angry. The injustice done to the brave girl was shameful and cruel. The country was waiting (for the verdict)," Prasad said.

Speaking on the sidelines of a programme organised by the Bar Council of India (BCI) here, he said "I am happy and satisfied that our country has the provision of death penalty for the rarest of rare cases. I humbly pray that her soul rests in peace."

He said the investigation in the case and the apex court's punishment to the perpetrators of the crime was a "victory of the law of the country."

"It proves that through the way of law, we can curb such offences and punish the offenders," he said.

When asked about the juvenile who was in conflict with the law in this case, he said it was a "worrisome" issue but has to be dealt with as democracy matured further.

"On one hand, the juvenile's rights have to be maintained and, on the other hand, they also commit crimes. It's a worrisome matter. But this issue has to be dealt with as per the maturity of the democracy," Prasad said.