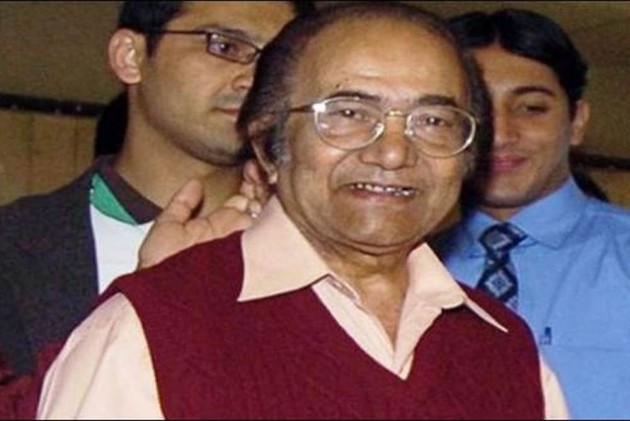 Pakistan's legendary former captain and batsman Hanif Muhammad, who held the record for the longest innings in Test cricket, passed away today after a prolonged battle with lung cancer.

A spokesman for the Aga Khan Hospital, where he was being treated, confirmed that Hanif had passed away at the age of 81.

"He was in Intensive Care Unit and on a ventilator for respiratory problems and passed away today," he said.

Hanif, had earlier in the day, been declared clinically dead for around six minutes before he was revived back to life.

Hanif's son Shoaib Muhammad had first announced from the hospital on various television channels that his father had passed away after losing a protracted battle with various ailments. But few minutes later it was clarified that Hanif was still alive.

"His heartbeat had stopped for six minutes but the doctors managed to revive his heartbeat back," Shoaib said.

But after a few hours, Shoaib also confirmed that his father was no more.

"He fought hard with his ailments and he was very sick for the last few years since he was diagnosed with lung cancer four years back," Shoaib told PTI.

"Our family is distraught but we only ask his fans and supporters to pray for him that God grant him a place in heaven. He was in a lot of pain the last few weeks but didn't give up such was his fighting nature," Shoaib, himself a former Test batsman, said.

Hanif was admitted to the hospital on July 30 after respiratory problems and was then put on a ventilator and shifted to intensive care unit.

Hanif was diagnosed with lung cancer in 2013 and went to London for surgery and returned home well but his condition deteriorated in time as the cancer spread in his body.

Hanif was a member of Pakistan's first touring Test squad that went to India in 1954/55 and went on to play 55 Tests scoring a memorable 337 runs against the West Indies in 1957/58. It remains the longest innings in Test history (and stood as the longest in all first-class cricket for over 40 years).

Indian batting legends, Sunil Gavaskar and Sachin Tendulkar, who is also called 'little master' fondly, were fans of Hanif who himself had repeatedly said he admired their batting and never missed their matches.

Members of the Indian team were always feted by Hanif Muhammad while visiting Pakistan and some years back, the Mumbai Cricket Association had also invited the little master for a function in which Tendulkar was also present.

Born in Junagadh, India, Hanif belonged to an illustrious sporting family with his brothers, Wazir, Mushtaq and Sadiq also representing Pakistan with distinction in test cricket while his son Shoaib also played 45 tests and 63 ODIs for Pakistan.

As news of Hanif's demise spread Pakistan's cricket community reacted with sadness and grief and many former greats described him as a personality who had profound influence on the country's cricket.