Haley Proud of Her Indian Heritage, Says No Regrets Over Job 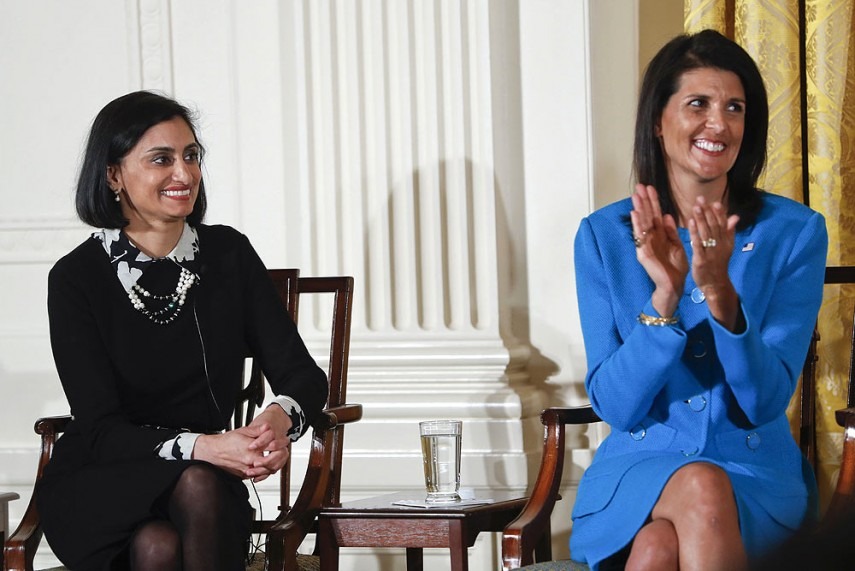 Print
A
A
A
increase text size
Outlook April 06, 2017 12:26 IST Haley Proud of Her Indian Heritage, Says No Regrets Over Job

Nikki Haley has said she has "no regrets" in her job as the US envoy to the UN asserted that her Indian parents raised her to be great at whatever she does and to ensure people remember her for it.

"No, there are no regrets," Haley said at a session at the 'Women in the World Summit' yesterday when asked if she has any regrets in her job.

"I am the daughter of Indian parents where my mom always said 'whatever you do, be great at it and make sure people remember you for it' and so my focus is just to try and do the jobs as best as I can," the Indian-American said here.

Haley, 45, was speaking at the Summit, a premier annual gathering of influential women leaders, politicians and activists organised by media personality Tina Brown in association with the New York Times.

She speaks proudly about her Indian heritage, often bringing it up during her speeches and interactions.

Earlier this week, while addressing reporters at the UN headquarters, Haley brought up her Indian heritage when she asked about her qualities of being able to speak freely and openly.

"Every position that I have ever had, people have assumed that I'm looking towards something bigger when in reality I'm the daughter of Indian parents who said to me 'whatever you do be great at it and make sure people remember you for it'," she said.

When asked if she liked her new job as US' envoy to the UN, she said she does.

Haley said she has a "lot of" interaction with President Donald Trump, "I talked to him this morning" adding that she visits Washington at least once a week for the National Security Council meetings.