Had No Option But To Walk Out Of Grand Alliance, Says Nitish Kumar 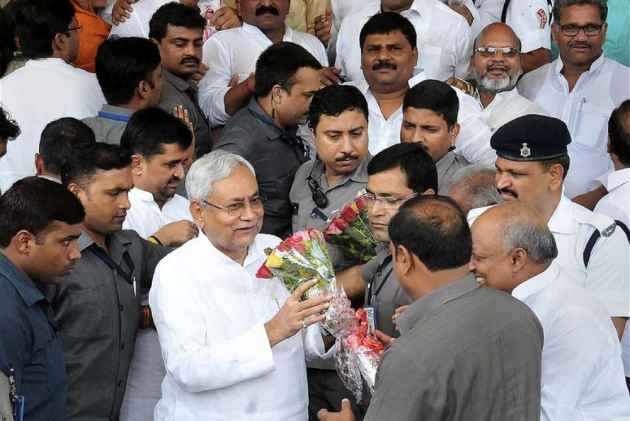 Print
A
A
A
increase text size
Outlook July 31, 2017 18:09 IST Had No Option But To Walk Out Of Grand Alliance, Says Nitish Kumar

Bihar Chief Minister Nitish Kumar today said he had no option but to walk out of the grand alliance as continuing in it would have meant compromising with corruption.

"There were corruption charges and cases were filed by the CBI (against Lalu Prasad and family). I had only told them to come out with proper answers. Instead they made fun of me saying whether I was a CBI official or the police," he told a press conference here.

Kumar said that he had never sought a clarification but wanted them (Lalu Prasad and family) to answer the queries raised regarding corruption.

"Laluji did not give any clarification on corruption charges. How could I remain silent as I talked about zero tolerance on corruption? Now I have a feeling that they did not have a proper answer," he said.

Kumar also spoke highly about Prime Minister Narendra Modi saying "Nobody has the strength to compete with Modiji".

Noting that the RJD had made objectionable statements against Modi, he said, "I had tolerated every criticism for the sake of the 'mahagatbandhan'. But none from the JD(U) had said anything against RJD's supreme leader."

On secularism, Kumar said that he did not need any certificate from anybody on the issue.

On the issue of vice-presidential election, Kumar said that the JD(U) will support the candidature of Gopal Krishna Gandhi.