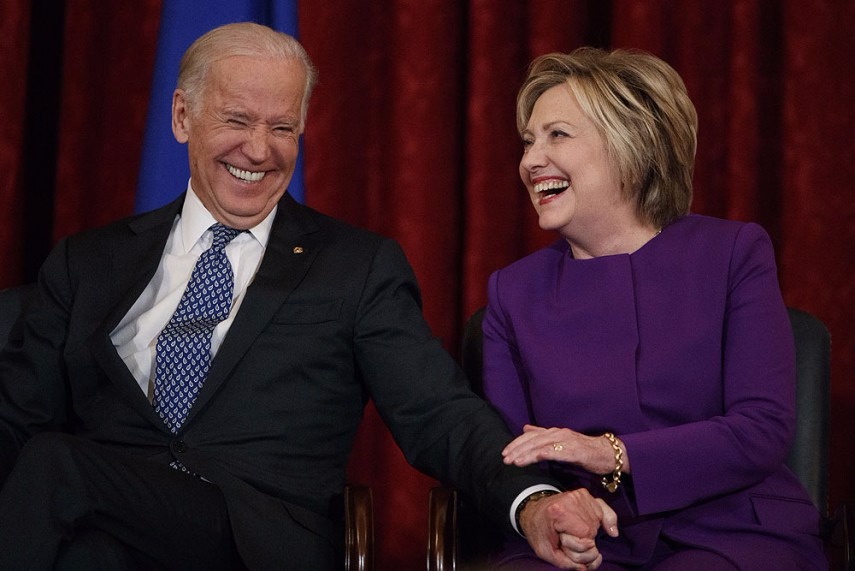 Former Vice President Joe Biden insists he is not making another presidential bid in 2020, despite giving a rousing speech to New Hampshire Democrats about restoring dignity to politics and winning back working class voters.

Biden returned to the state yesterday to honour the nation's first all-female, all-Democratic congressional delegation at an annual state Democratic Party dinner. He was joined by US Senators Jeanne Shaheen and Maggie Hassan, and US Representatives Annie Kuster and Carol Shea-Porter.

"We know now you've finally earned the title Granite State, because you have four women running the show," Biden told the crowd. "Amazing thing, I campaigned for all of them and they won in spite of it."

Such an early post-election visit to New Hampshire fuelled speculation about Biden's presidential ambitions in the days leading up to the event. He quickly put those rumours to rest.

"When I got asked to speak, I knew it was going to cause speculation," he said to big applause. "Guys, I'm not running."

The crowd booed and at least one person shouted, "Run, Joe Run," before Biden continued with his speech. He said that he was ready to start raising money and campaigning to help get Democrats elected at every level of government. He also touted some of his post-White House policy work including heading up the Biden Institute at the University of Delaware.

During his evening appearance, Biden discussed the importance of bringing a sense of dignity back to a political system that he referred to as coarse. He said politicians need to get to know each other and not be afraid to work together. He also encouraged Democrats to not bemoan how hard the next several years are going to be, but instead, embrace the challenge and look at all there is to be hopeful about.

He told the crowd to abandon the false narrative that Democrats have to choose between progressive idealism and being a party that stands up for the working class. Instead, he said, there is nothing keeping the party from being both. "What's the core reason why you're a Democrat?" he asked. "Because you abhor the abuse of power.