Guv Has To Decide TN CM Issue By Tomorrow, Else Case Can Be Filed For Horse-Trading, Says Swamy 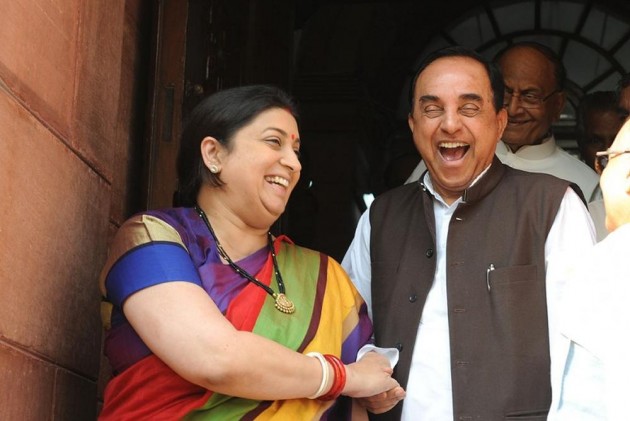 Print
A
A
A
increase text size
Outlook February 12, 2017 13:52 IST Guv Has To Decide TN CM Issue By Tomorrow, Else Case Can Be Filed For Horse-Trading, Says Swamy

A day after calling on Tamil Nadu Governor Vidyasagar Rao, BJP leader Subramanian Swamy today said the former has to decide on the issue of government formation by tomorrow else a court case "can be filed charging abatement of horse trading".

"The TN Guv must decide CM issue by tomorrow otherwise a WP (writ petition) under Art 32 of the Constitution can be filed charging abatement of horse trading," he said in a tweet.

Ever since the issue of government formation has broken out, Swamy has been favouring AIADMK General Secretary V K Sasikala to be sworn-in as Chief Minister, saying she has the numbers in her favour.

However, the BJP's state unit sought to distance itself from Swamy, saying he has taken a "different path".

"I would like to make it clear that it is not the path of Tamil Nadu BJP," BJP state President Tamilisai Sounderrrajan said.

"He (Swamy) is a member of the National Executive and his views are not that of the state unit," she told reporters.

Union Minister and senior state BJP leader Pon Radhakrishnan defended the Governor, saying "this is not a party issue to" take a quick decision.

"This concerns the fate of Tamil Nadu, so there is no need for any haste," he added.